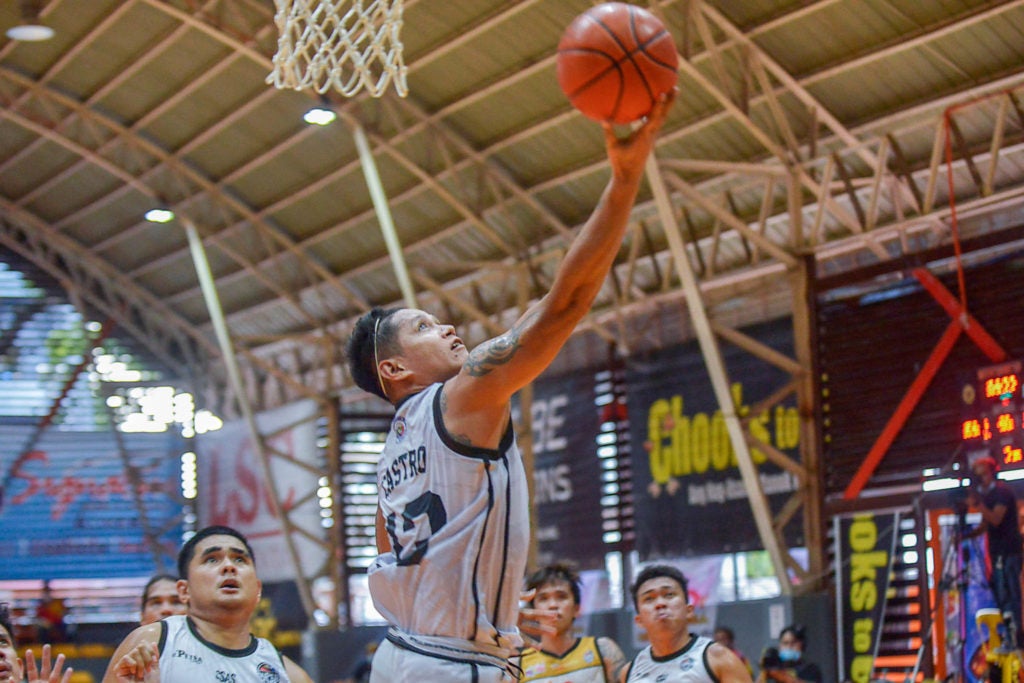 James Castro of the Roxas Vanguards scores on a layup versus the MisOr Brew Authoritea on Saturday in the Mindanao leg of the VisMin Super Cup. | VisMin Super Cup Media Bureau Photo

With the win, the Vanguards dislodged erstwhile fourth place JPS Zamboanga City in the standings with a, 4-2, win-loss record.

The Vanguards unleashed a 30-18 run in the second period to take a commanding 19-point lead at halftime, 58-39. They opened the third period with a, 36-23, run to build an insurmountable, 94-62, lead heading into the final period.

The Brew Authoritea was severely undermanned after eight of its players are nursing injuries.

The Vanguards’ James Castro led the team with 17 points, eight assists, and five rebounds. Homegrown player Jordan Intic had his best game of the season with 14 points and seven rebounds, while RJ Deles tallied 13 points, five rebounds, and four assists off the bench.

MisOr, which only had seven players in the game, was paced by Mac Baracael with 29 points, seven rebounds, and four assists. Ronjay Buenafe was limited to 17 points on 3-of-17 shooting from the field.

This was the Brew Authoritea’s fourth straight loss, falling to 2-5 in a tie with Kapatagan Buffalo Braves for seventh place.