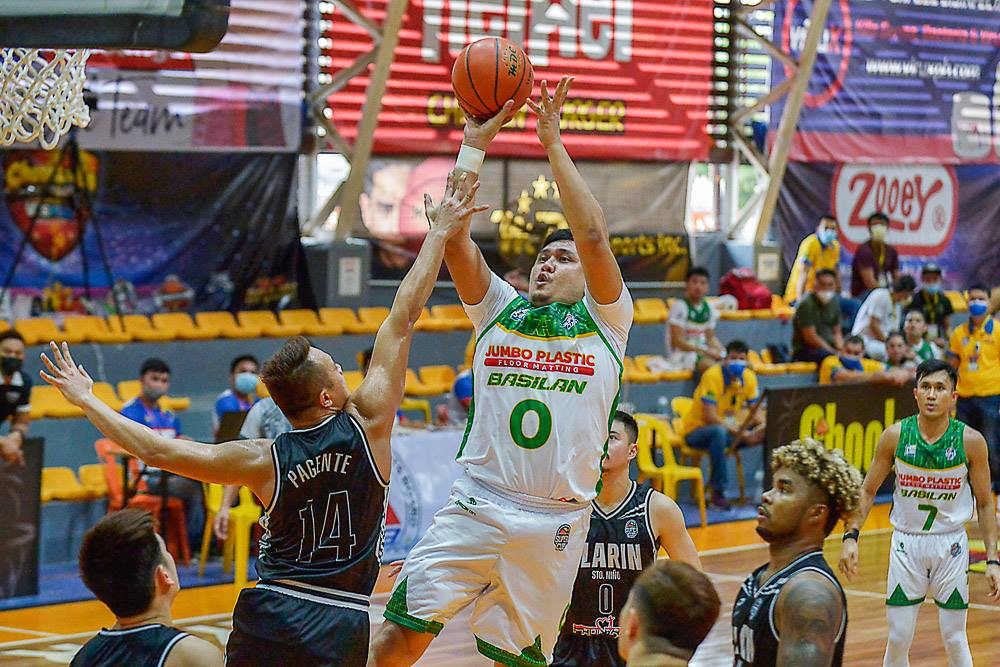 Jay Collado of Basilan attempts a difficult shot in front of Clarin’s defense during their game in the Mindanao leg of the VisMin Super Cup on Monday, July 26. | VisMin Super Cup Media Bureau Photo

CEBU CITY, Philippines—The Jumbo Plastic-Basilan Peace Riders emerged as the better team in the battle of the unbeaten squads as they trounced the Clarin Sto. Niño, 86-68, in the ongoing Mindanao leg of the Chooks-to-Go Pilipinas VisMin Super Cup at the Pagadian City gymnasium in Pagadian City, Zamboanga del Sur.

The Peace Riders improved their immaculate record to 7-0 (win-loss) and took the top spot of the standings. Clarin wrapped up the elimination round at second place with a 7-1 record.

Basilan aims to sweep the elimination round on Tuesday, July 27, when it faces the Roxas Vanguards.