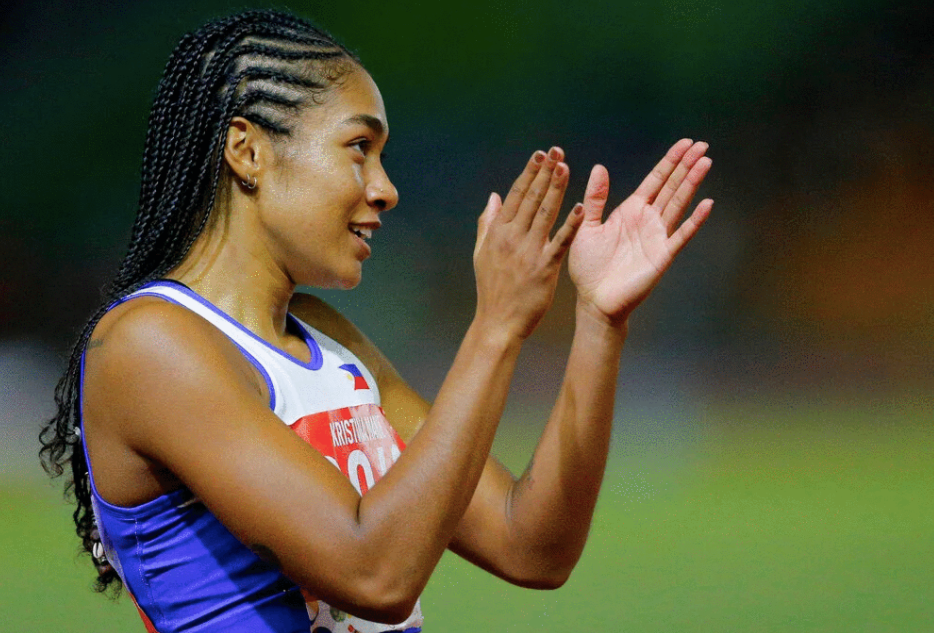 The 25-year-old Florida-born Fil-am trackster will be running in heat 7, which serves as the final heat at 10:18 a.m. (Manila Time) tomorrow.

She aims to break her personal record which happens to be also the Philippine record in the women’s 200m sprint of 23.01 seconds.

“My goal is to go sub-23 (seconds),” Knott told the Tokyo Olympics official website days before the pandemic Games opened on July 23.

There are seven heats for the event and Knott knows all those times of training are thrown out the window come the start gun.

“It’s championship time. And anything to do with tapering should have been done weeks before,” said Knott, who prepared for Tokyo under her coach Rohsaan Griffin and strength and conditioning coach Carlo Buzzichelli.

“At this point, you should have given everything you worked (for), and it will hopefully show at the competition,” Knott said.

Knott will be facing a very tall order in the women’s 200m sprint. She will face the world’s best in Gabrielle Thomas of the United States who owns a 21.61-second mark in the race.

In Knott’s heat, five of her rivals clocked sub-23 times.

“Tapering time is now over. It’s now time to show off and show out,” said Knott, whose Olympic stint was threatened when she contracted Covid-19 in Sweden in June despite having been vaccinated twice./WITH PR

‘One win away from medal’: Pacquiao delighted for compatriot