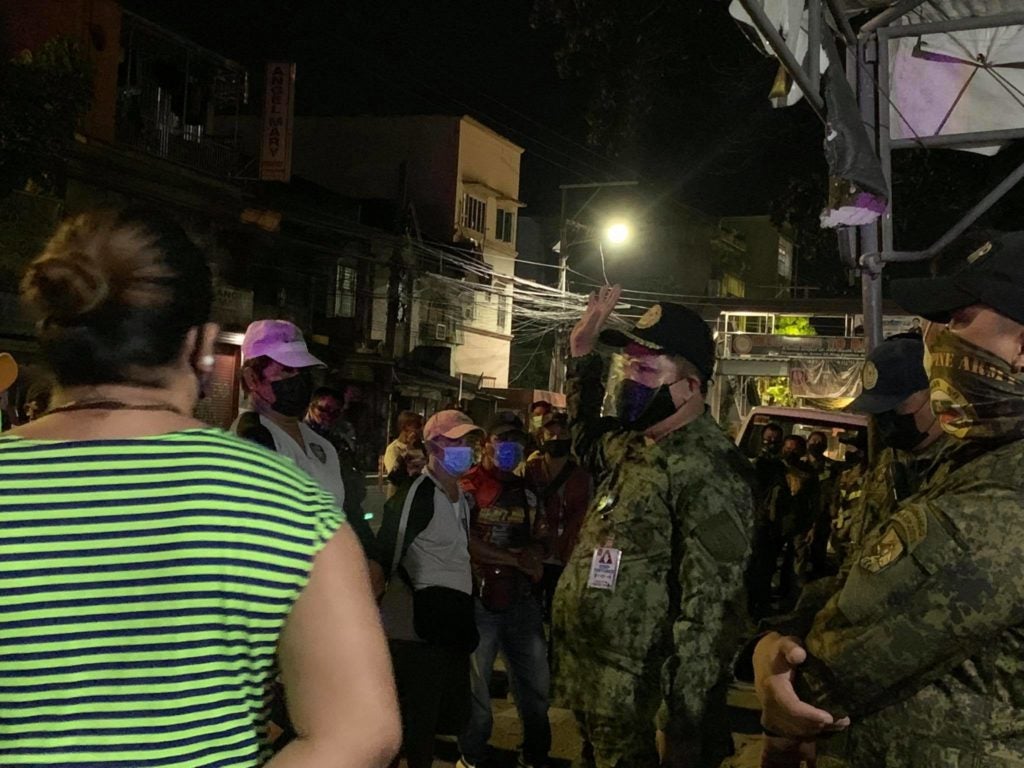 Police Major Janelito Marquez, Labangon Police Station chief, briefs his personnel and some force multipliers before they were deployed to different areas within the jurisdiction of the station to ensure that the new curfew is observed and implemented. | Contributed (file photo)

MANDAUE CITY, Philippines — Expect more policemen and Probe team members to patrol Cebu City barangays with high cases of COVID-19 as they will conduct a 24-hour Oplan Bulabog in these areas to ensure that quarantine protocols are being followed.

Parilla said that personnel from the Cebu City Prevention, Restoration, Order, Beautification, Enhancement (Probe) and accompanied by some policemen would patrol these city barangays from morning to midnight while most policemen from the different police stations in the city would start their patrols particularly in the interior parts of the city from 8 p.m. until morning.

With this, he reminds the public to always wear their face masks when going outside their homes.

He said that those, who would not wear face masks, would be apprehended.

(Even if they are buying essential things, it is still not a reason not to wear a face mask. Otherwise, if they will be seen [by the policemen, Probe] then they will be apprehended.)

He said majority of them were caught violating the curfew hour, which starts at 10 p.m. to 4 a.m. and non-wearing of face masks.

Of the 228 adults, the barangay with highest number of apprehensions was Ermita with 46, followed by Barangay Capitol Site with 33.

Parilla, however, clarified that they were not yet imposing the P1,000 fine for violators of quarantine protocols because they were still waiting for the new executive order of acting Mayor Michael Rama, which may be issued on Saturday, August 14.

With this, quarantine violators will still be fined P500 or do community service.

CCPO exec: Residents from other towns still allowed to pass through Cebu City