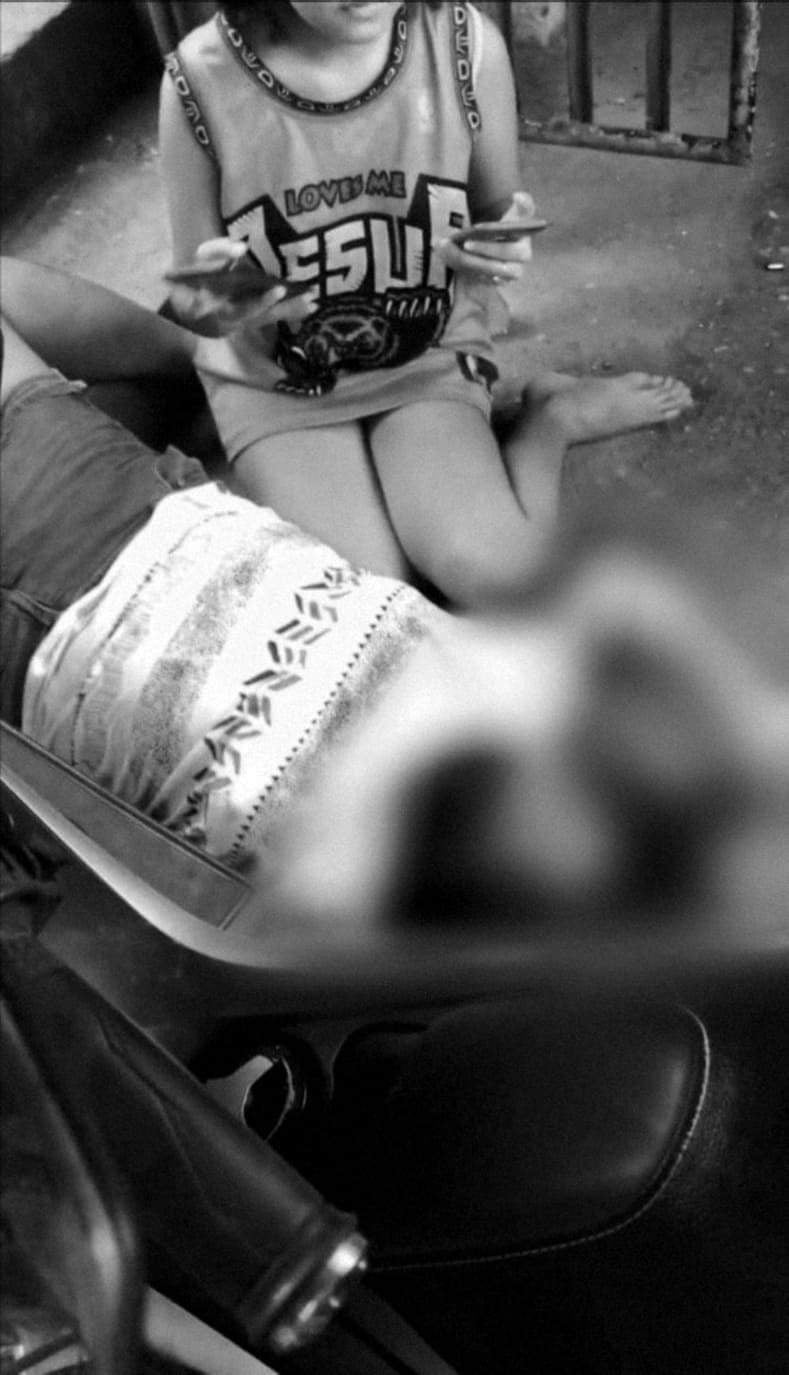 A bloodied Lyka Villaruel, 37, lies on the pavement after she was gunned down by two unidentified suspects in Consolacion town, north Cebu on Tuesday afternoon, August 17. | contributed photo

CEBU CITY, Philippines — A 37-year-old woman died after she was shot by still unidentified suspects on board a motorcycle in District 4, Purok Gomburza, Barangay Pulpogan, Consolacion town, northern Cebu on Tuesday afternoon, August 17.

Police identified the victim as Lyka Villaruel, 37, a resident of the said barangay.

Police Chief Master Sergeant Brent Fulmaran, the investigator of the case, said that they are considering Villaruel’s previous involvement in illegal drugs as a possible motive behind her killing.

Fulmaran said they received reports that the victim was already arrested four times but was released through a plea bargain.

He added that they are yet to verify these reports and dig deeper into the victim’s background in the hope of gathering leads to the identity of the suspects.

Quoting their initial investigation, Fulmaran said the suspects were on board a motorcycle. One of them disembarked and approached the victim then shot her several times hitting her in the back.

After the shooting, the suspects quickly fled the crime scene while the victim was rushed to the Eversley District Hospital where she was declared dead on arrival by the attending physician.

Fulmaran said that several witnesses have provided them some physical description of the suspects.

He added that witnesses said the one who shot Villaruel was wearing a blue sweatshirt and around 5’8 in height. The suspects, police said, were onboard a blue motorcycle.

For now, Fulmaran said their investigation is ongoing.