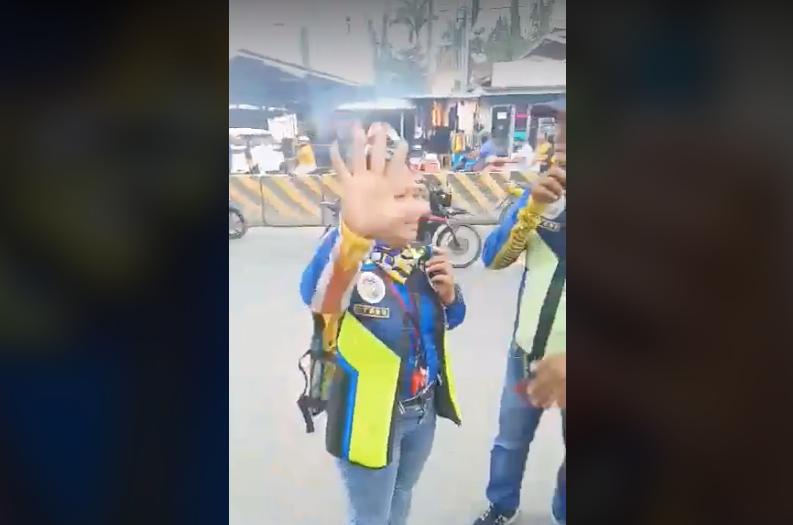 CEBU CITY, Philippines — A video of a traffic enforcer and a food delivery driver involved in an altercation on Tuesday, August 17, 2021, has been making rounds online.

The incident happened at around 5:30 p.m.

In the video, Maricris Modena Vallejos, the traffic enforcer of the Consolacion Traffic Enforcement and Special Service, can be seen hitting Marcelino Merca Sabucido, a food delivery driver after the latter ignored her order to stop to allow pedestrians to cross.

The video was a point of view shot of Sabucido, who was traversing along the National Highway of Sitio Lamac in Consolacion town, northern Cebu at that time.

Based on the spot report from police, Vallejos was manning the traffic, guiding the pedestrian, when she ordered a full stop to all the vehicles.

Vallejos charged Sabucido with disobedience of a person in authority or his agent.

Sabucido is currently detained at the Consolacion Police Station as of this posting.    /rcg