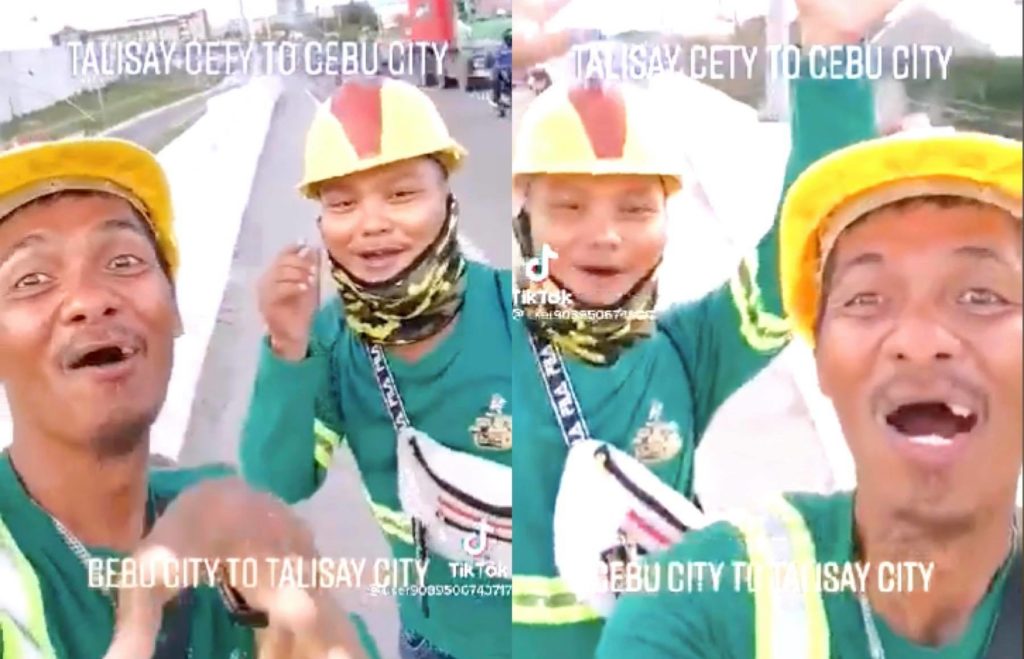 DALAGUETE, Cebu—Happiness can also be found in simple little things. And putting a smile on someone else’s face doesn’t have to be expensive.

This was proven by the two carpenters from San Roque, Talisay City, Cebu who’s Tiktok video of them happily sharing their amazement at being in two places in the blink of an eye is making the rounds on social media.

Donald Torreon, 37, recorded the video with his co-worker Jeremy Restauro at the boundary of Talisay and Cebu cities in the South Road Properties (SRP) on Wednesday, August 18, 2021.

Torreon told CDN Digital that he learned to make videos on Tiktok in March this year when he bought his very first smartphone.

He said that he makes Tiktok videos during his spare time. Torreon is working as a construction worker at a mall in the SRP.

When asked if he wanted to travel to different places if he is given the chance, Torreon said he would have loved to.

The video has reached 2.2 million views on Tiktok as of this writing.

Netizens and even some personalities felt for their simple joy and wished them well.

A netizen with username @lovelierosebatican wrote, “When you know that their work is not easy but they manage to smile that much.”

Read Next
Labella to work from home for now