Shift in stance: Duterte won’t fire Duque but will accept if he offers to resign 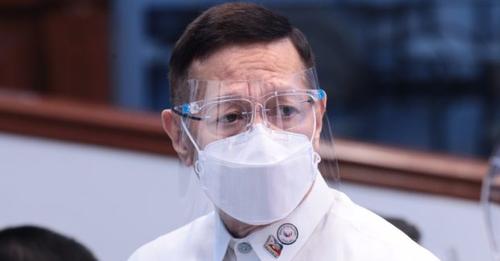 MANILA, Philippines — President Rodrigo Duterte has backpedaled on his firm statement that he would not accept it if even if Health Secretary Francisco Duque III would offer to resign in the midst of the controversy on “deficiencies” in the use of COVID-19 funds by the Department of Health (DOH).

On his weekly televised briefing on Monday, Duterte said he would accept it if Duque would offer to “voluntarily” quit.

“If Duque will offer to resign voluntarily, I will accept ko,” he said, speaking partly in Filipino. But if I would be the one to tell him ‘you resign,’ that will never happen.”

Duterte earlier said he would stand by Duque even if it would bring him down.

The health chief earlier said he had no problem with resigning but was requested not to.

COA found “deficiencies” amounting to over P67 billion in DOH’s COVID-19 response funds in 2020. This prompted investigations in both the House of Representatives and the Senate.