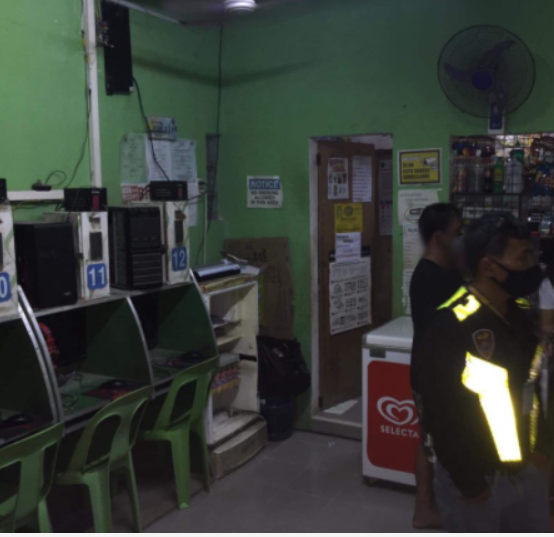 Internet cafes similar to this one in Consolacion town continue to allegedly remain open in Cebu City despite the order for these establishments to be closed while the city is under MECQ. | CDN file photo (photo by Consolacion town)

MANDAUE CITY, Cebu — The Cebu City Police Office (CCPO) have told barangay captains to intensify their monitoring in their area of jurisdiction following reports that there were still internet cafes operating here amid the restriction.

Police Lieutenant Colonel Wilbert Parilla, CCPO deputy director for operations, said barangay captains were already given an ultimatum to intensify the closure of internet cafes in their respective barangays.

This after a total of 447 individuals including 143 minors were caught by authorities during their Oplan Bulabog on Wednesday, August 25, 2021.

Of the total number, 306 of them were caught violating curfew hours while 155 others were caught not wearing their face masks.

Parilla said that several minors were rounded up inside internet cafes in the interior barangays. He, however, could not give the list of barangays as to where they were caught yet.

Out of the 447, Parilla said 271 adults were apprehended by the police while 130 minors were rescued. The Prevention Restoration Order Beautification and Enhancement (PROBE) teams, on the other hand, have rounded up a total of 53 adults and 13 minors.

(There are still many internet cafes that open. That is why there are many minors rescued. So we gave an ultimatum to the barangay captains to intensify their efforts to stop these internet cafes.)

While Cebu City is placed under modified enhanced community quarantine (MECQ), internet cafes are not allowed to operate.