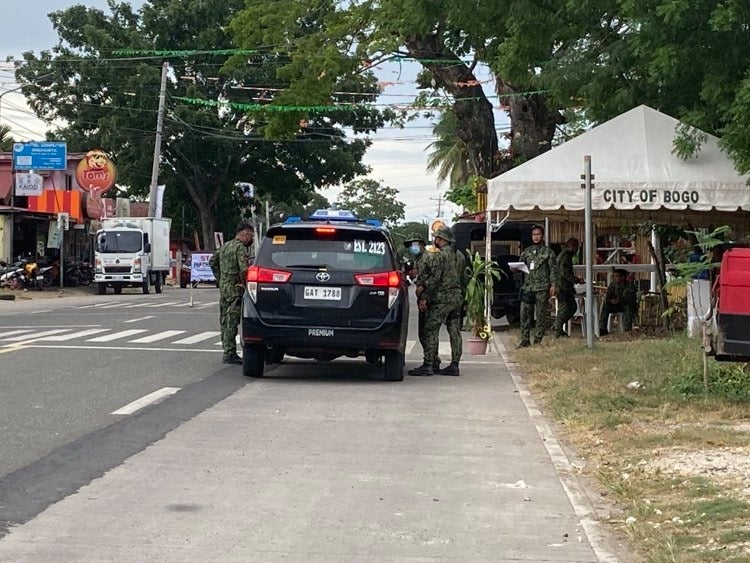 Bogo City police flag down a taxi and inspect whether the driver has complied with the health and safety protocols on Saturday, August 14, 2021. | CDN Digital file photo via Mae Fhel Gom-os

MANDAUE CITY, Cebu — Drivers of at least four public utility vehicles (PUVs) plying provincial routes were apprehended for not wearing personal air-purifiers on Thursday, August 26, 2021, or the first day of its reimplementation.

It can be recalled that Cebu Governor Gwendolyn Garcia postponed the requirement, which should have started on August 16, to give more time for PUV operators to secure air-purifiers for their drivers and conductors.

READ: Mandatory use of air purifiers in Cebu province postponed

Out of the 312 PUVs that were flagged down from 150 checkpoints conducted on Thursday, 22 were apprehended and issued with Temporary Operator’s Permit (TOP)/Traffic Citation Ticket (TCT). And 4 out of the 22 violators were apprehended because they were not wearing personal air purifiers.

He said the drivers had different reasons as to why they were not wearing air-purifiers, stressing that they seemed to be giving only excuses.

(They could not buy one. The others said they did not know that this was required. It seems they just gave an alibi to get out of the situation they were in.)

The top official of CPPO, however, clarified that almost every driver and conductor were compliant with the regulation as of Thursday, or since they included it in the inspection at provincial checkpoints at exactly 12:01 a.m.

Meanwhile, the remaining number of those apprehended included 12 PUVs for overloading passengers, of which majority were caught in Talisay City with seven PUJs and a bus.

Six taxis were also issued with TCTs for non-opening of windows, five of which were caught in Talisay City and one in the City of Naga.

Despite the apprehensions, Soriano said the number of violators had been decreasing, as he also noted that there was no PUV apprehended for not having secured a Provincial Public utility Vehicle Pass (PPUVP) and Trip Ticket.

“It means that the Executive Orders of Governor Gwen and the policies of the provincial government are being supported by the Sugbuanons. And this also shows the unity of our people in our fight against COVID-19,” he added.