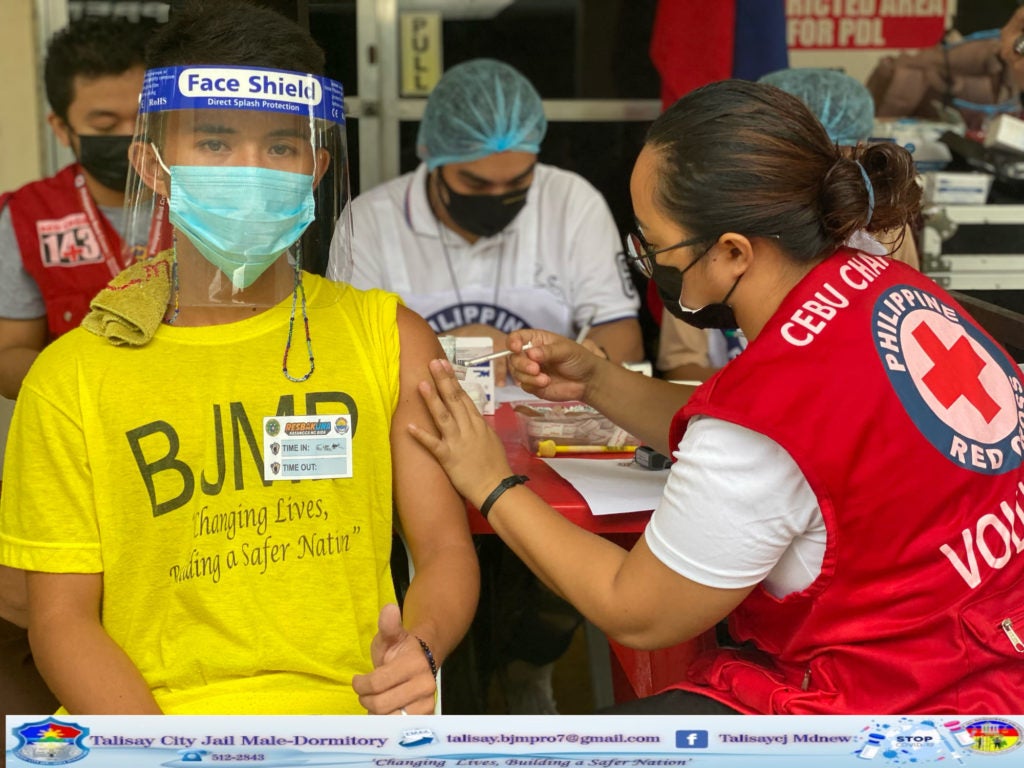 CEBU CITY, Philippines – Over 1,000 inmates and jail officers in Talisay City Jail received their first dose of the COVID-19 vaccines.

The Bureau of Jail Management and Penology (BJMP) running the city jail’s male dormitory, together with the city government of Talisay and the Philippine Red Cross, conducted an inoculation drive in the penal facility last August 28 and August 29, 2021.

BJMP-Talisay City, in a post on social media, reported they managed to vaccinate a total of 1,666 persons deprived of liberties (PDLs) and jail officer trainees during the two-day activity.

They were inoculated with CoronaVac, the COVID-19 vaccine brand manufactured by Beijing-based Sinovac Biotech.

Based on the recent data from the Visayas Vaccination Operations Center (VVOC), COVID immunization coverage in Talisay City is at 16.44 percent as of August 24.

The same report showed that 35 percent, or around 92,000 residents in Talisay City, already received the first dose of the vaccine.

Talisay City is a third-class component city that borders Cebu City on the south.

Low turnout among walk-ins prompts Talisay to do mobile vaccination