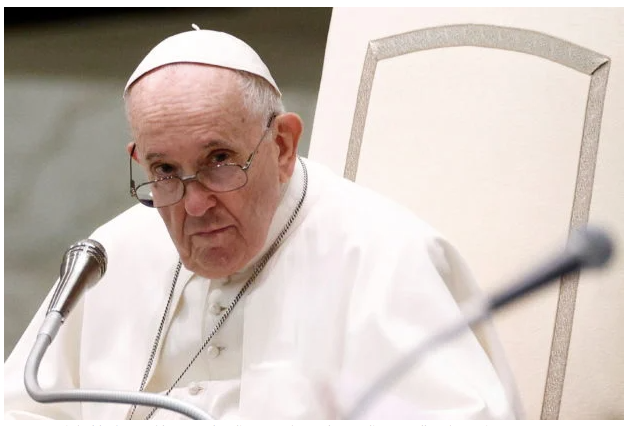 VATICAN CITY — Pope Francis issued an appeal on Wednesday urging people to get inoculated against COVID-19, saying the vaccines could bring an end to the pandemic, but needed to be taken by everyone.

“Thanks to God’s grace and to the work of many, we now have vaccines to protect us from COVID-19,” the pope said in a video message made on behalf of the nonprofit U.S. group the Ad Council and the public health coalition COVID Collaborative.

“They grant us the hope of ending the pandemic, but only if they are available to all and if we work together.”

Vaccines are widely available in mainly wealthier nations, but mistrust and hesitancy over the newly developed shots have meant that many people are refusing to take them, leaving them especially vulnerable as the Delta variant spreads.

By contrast, poorer nations still do not have access to large-scale vaccine supplies.

Medical experts have warned that ever-more dangerous variants might develop if the virus is allowed to circulate in large pools of non-vaccinated people.

Pope Francis was himself vaccinated in March, saying at the time that it was an ethical obligation.

“Vaccination is a simple but profound way of promoting the common good and caring for each other, especially the most vulnerable. I pray to God that everyone may contribute their own small grain of sand, their own small gesture of love,” the pope said in his latest video message.

The Ad Council and COVID Collaborative launched vaccine public service announcements to the U.S. public in January across television, websites and social media.

In a statement, the Ad Council said the pope’s message represented its first campaign designed for a global audience.

Read Next
Citrineland tops off The Median