EOC: Patients with no COVID-like symptoms can go out BICs after 10-day isolation 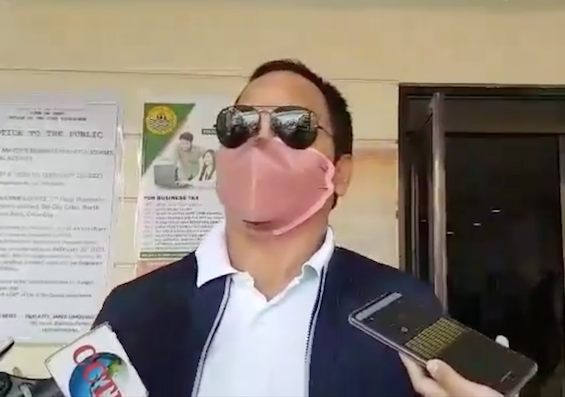 MANDAUE CITY, Cebu — The deputy chief implementor of the Cebu City Emergency Operations Center (EOC) said patients could go out of the isolation facility should individuals no longer manifest COVID-like symptoms in the last three days of isolation.

Councilor Joel Garganera said there was no need for patients to undergo testing as long as they had served the 10-day isolation without exhibiting symptoms on the last three days.

(Not anymore. No more [testing]. Our new policy/protocol of the DOH (Department of Health), as long as you serve for 10 days, and the last three days in the facility, if you do not manifest COVID-like symptoms, then you are good.)

Garganera made the clarification following the statement of the licensed nurse James Marinduque that one can be released from the barangay isolation centers (BIC) as long as they completed the number of days required.

(BTW (by the way), you are allowed to go out of the isolation center once you have completed the number of days for your quarantine. There will be no testing or anything. They will take your bp (blood pressure) and if they will ask what is your bp? You just answer it is normal.)

It can be recalled that Mariduque took to social media to share the ‘unsettling experience’ he had when he spent a night at the Cebu City Central School on August 25, 2021, describing the government-run isolation center as ‘unsanitary.’

Apart from that, he also claimed that he had and his boyfriend were threatened by contact tracers that th Army or the police personnel would be called to extract them should they refuse to get out from their house and come with them.

Marinduque also claimed that other patients at the isolation facility had a drinking session in a room where around eight to 10 persons were isolated.

READ: EOC to investigate claims of ‘intimidation’ by contact tracers

Once the 10-day isolation is completed subject to the said condition, patients will be given clearance indicating that they could already be released.

He further said that by just showing the clearance, it would allow them to travel within three months after the release, without subjecting themselves to real-time reverse transcription-polymerase chain reaction (RT-PCR) test.

As to the claims of Marinduque that other patients just roam around without wearing face masks, Garganera said there was no need to wear such considering that all of them were COVID positive.

EOC to investigate claims of ‘intimidation’ by contact tracers

Read Next
Rescuers save 3 quarry workers in landslide in Bohol