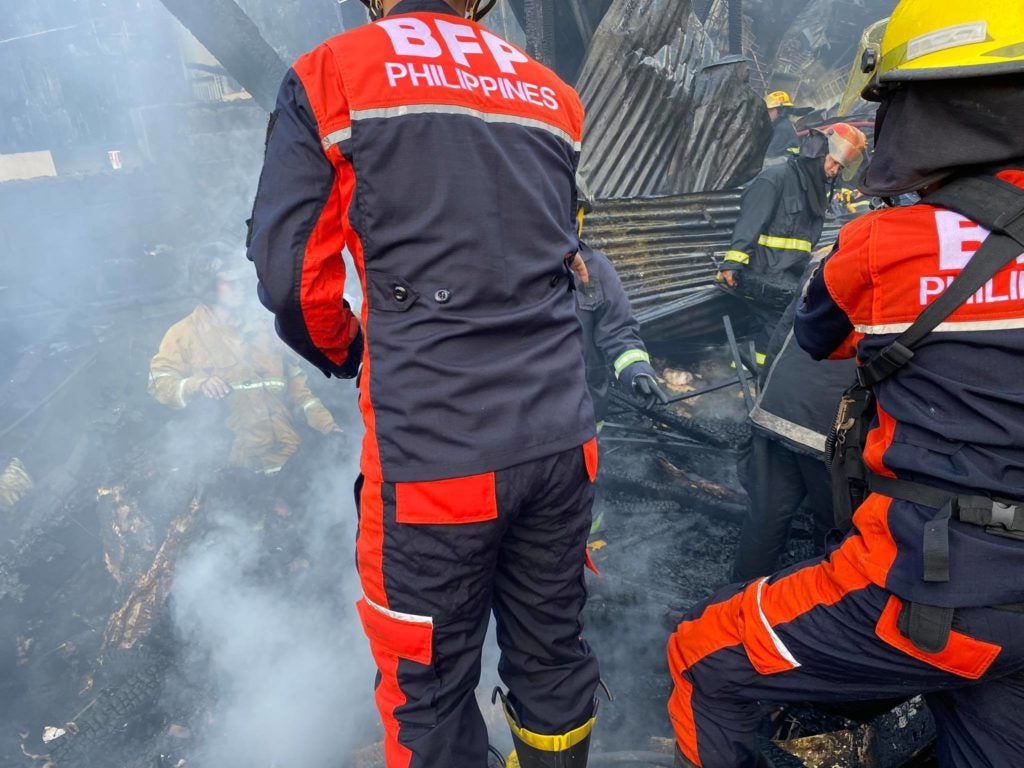 Firefighters continue to put out the fire that hit a residential area along Arlington Pond on Tuesday afternoon, August 31.

Fire Officer 2 Fulbert Navarro confirmed that they found five bodies including three children and a teenager from the fire site.

Navarro said they are still confirming the identities of the deceased.

“They were found huddled together. We’re still determining as to how this tragedy occurred,” Navarro said in Cebuano.

Fire investigators pegged the damage at approximately P11 million that affected at least 10 properties, including houses and commercial spaces.

According to initial reports from fire investigators, the fire rapidly spread due to the presence of light and flammable materials.

Navarro said they are still gathering more details to determine the cause of the fire. /rcg