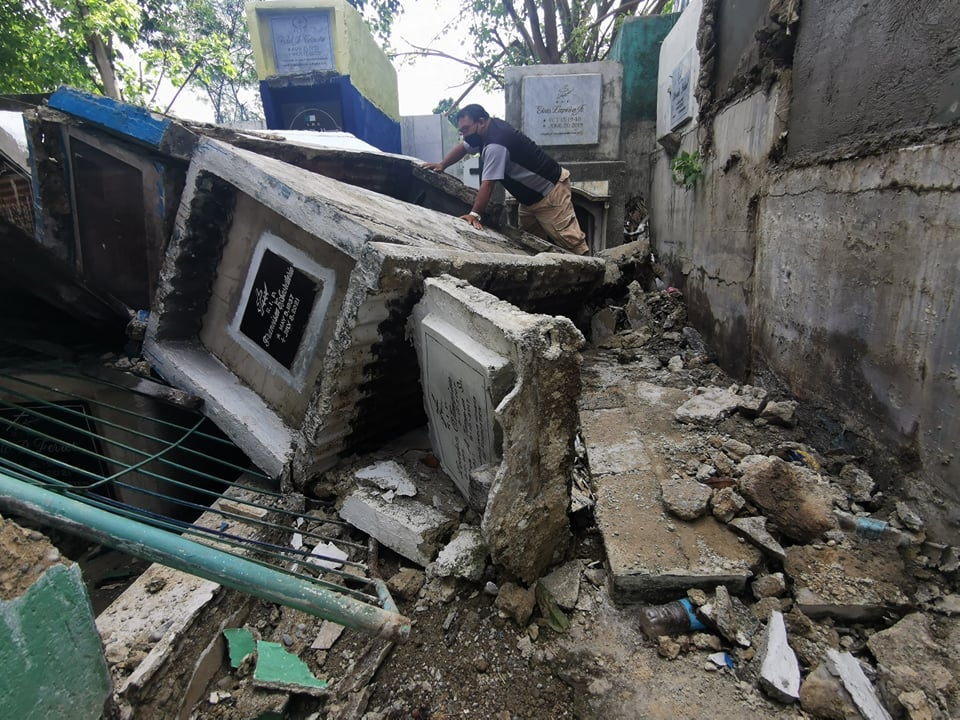 CEBU CITY, Philippines — Tombs holding recently buried bodies collapsed in a cemetery in Barangay Labangon prompting the Cebu City government to close down the area for health and safety reasons.

Councilor David Tumulak said that at past 2:00 p.m., he received a report from a nearby resident that at least four tombs collapsed exposing decaying bodies of buried individuals inside.

Shortly after the first four collapsed, the workers in the cemetery propped up to support for the nearby tombs that threatened to collapse as well.

Tumulak said they have cordoned the area pending the recovery of the bodies and their immediate reburial in the Calamba cemetery.

The city government is worried because the tombs were of bodies buried between 2020 to 2021, which means that possibly some of them died of COVID-19.

The councilor has sent a team to disinfect the area and to keep the area closed until the collapsed space is secured.

Here are some photos of the tomb collapse: 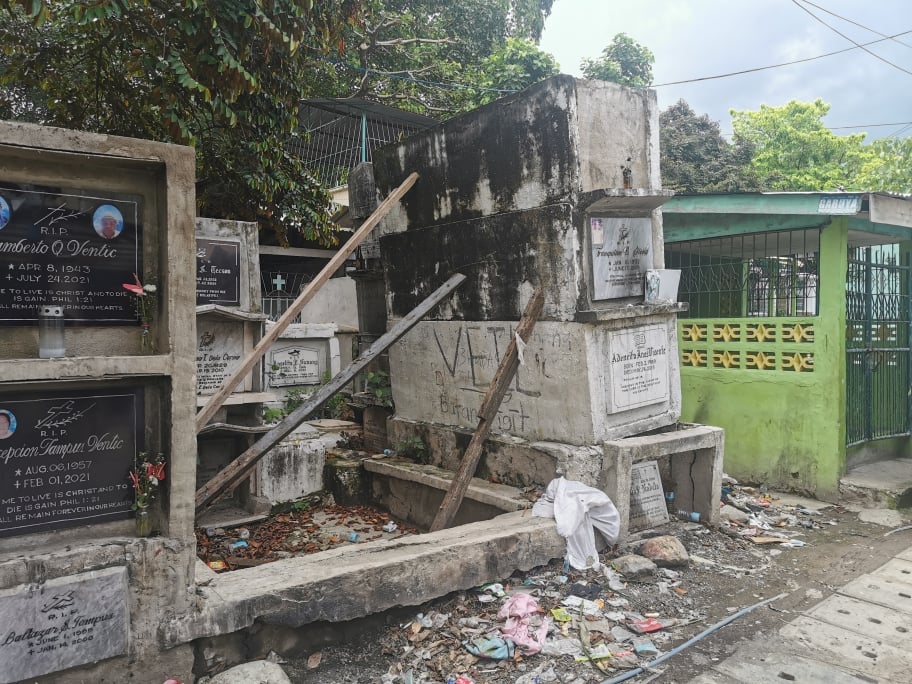 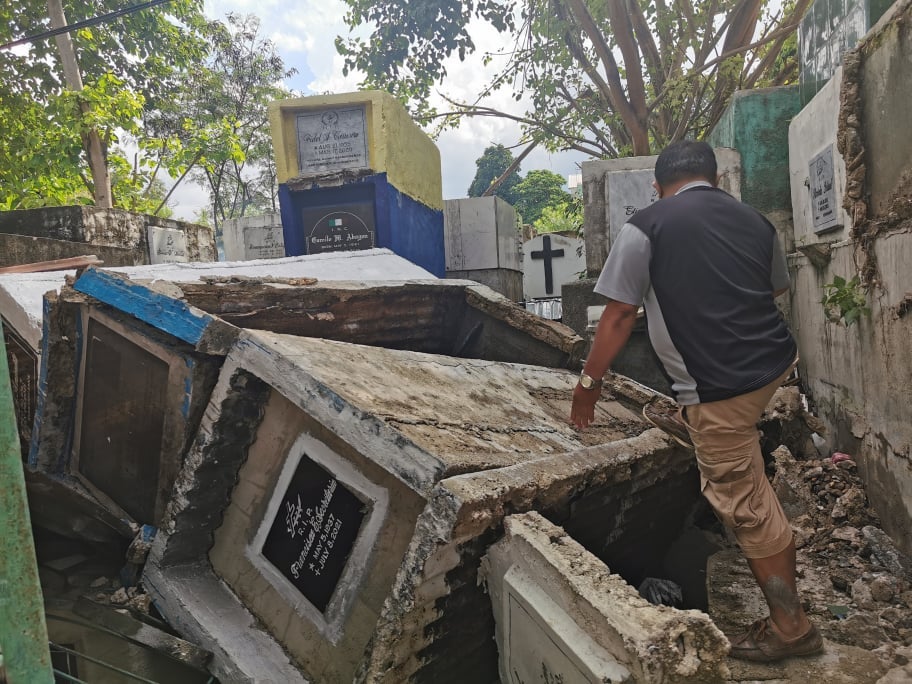 Read Next
Mandaue conducts firehose mapping in all barangays