Close to 5 kg of shark teeth seized at Mactan airport 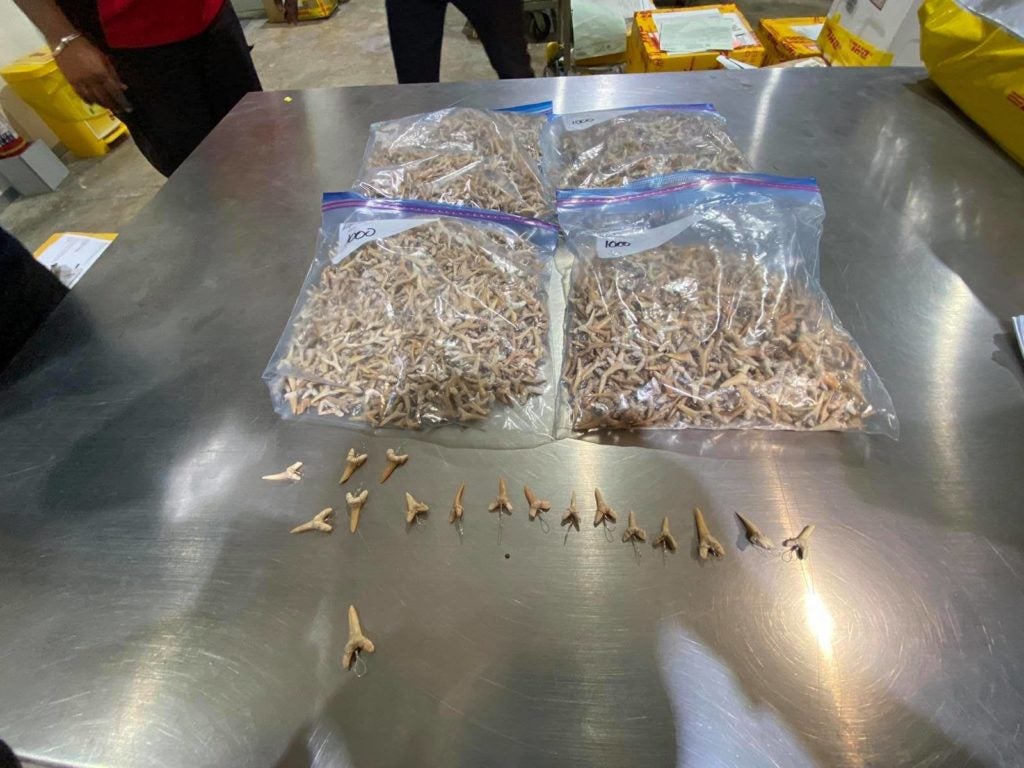 The Bureau of Customs in Cebu – Mactan Subport confiscated around 5 kilograms of shark teeth found in a container misdeclared as plastic goods and fashion accessories last August 31, 2021. | Bureau of Customs Photo from PTV

The package was misdeclared as ‘plastic components for fashion accessories’.

Customs officials said initial x-ray image results did not coincide with the shipment’s description, prompting them to conduct further inspections such as a physical examination.

They added that they sought the assistance of the Bureau of Fisheries and Aquatic Resources (BFAR) which later confirmed that the shipment indeed contained shark teeth.

“The BFAR representative confirmed the contents of the parcel to be Shark Teeth and not Plastic Components as declared. No Import Permit was issued by the BFAR for this importation, records show,” the statement said.

“The Subport ensures that regulated goods are released only when covered with proper permits and clearances. The importer, in this case, did not secure a permit from the BFAR prior to the importation and intentionally misdeclared the goods to get away with it,” said Campo.