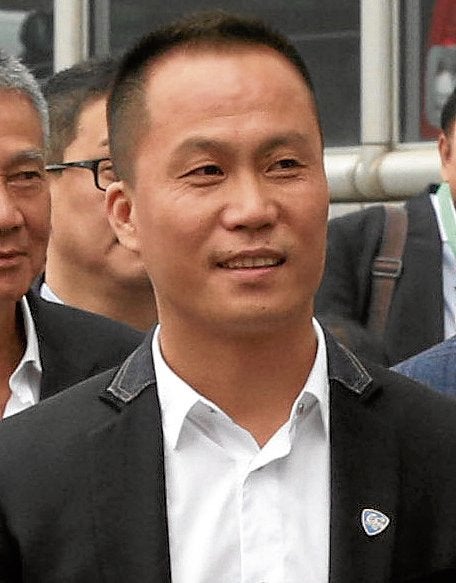 A warrant of arrest will be issued against former presidential economic adviser Michael Yang after the Senate blue ribbon committee cited him in contempt.   | INQUIRER.NET

MANILA, Philippines — A warrant of arrest will be issued against former presidential economic adviser Michael Yang after the Senate blue ribbon committee cited him in contempt.

This after the committee attempted to serve a subpoena to Yang twice but to no avail.

“So the motion to cite in contempt…it has already been approved. There were no objections and as directed…The process should start to make sure that a warrant of arrest is issued and that the [Office of the Sergeant-At-Arms] be asked to formally serve it to all law enforcement authorities and they be made aware that there is such a warrant of arrest issued by the Senate of the Republic of the Philippines, part of the co-equal branch of the government,” Gordon said.

The Senate blue ribbon committee is currently investigating the procurement of “overpriced” personal protective equipment (PPE), face masks, and shields made by the Department of Budget and Management-Procurement Service (DBM-PS) on behalf of the Department of Health in 2020.

Among the suppliers is Pharmally Pharmaceutical Corp., which bagged government contracts worth over P8.6 billion in 2020 despite being only several months old and having just P625,000 in paid-up capital.

Yang was linked to the controversial procurement after a 2017 video showed him introducing Pharmally officials to President Rodrigo Duterte in Davao City.

Senator Francis Pangilinan then moved that warrants of arrest be issued to officials of Pharmally, who skipped the hearing even after they have already been summoned twice.

“I think we should really get them in here,” Gordon said.

The blue ribbon moved for the issuance of arrest warrants against the following:

Huang Tzu Yen, chairman and president of Pharmally, and the firm’s accountant, Iluminada Sebial, were the only ones present for the hearing.

Read Next
LOOK: Tokyo Olympics heroes get Medals of Excellence