Tommy O: Don Sergio is praying for the Filipinos 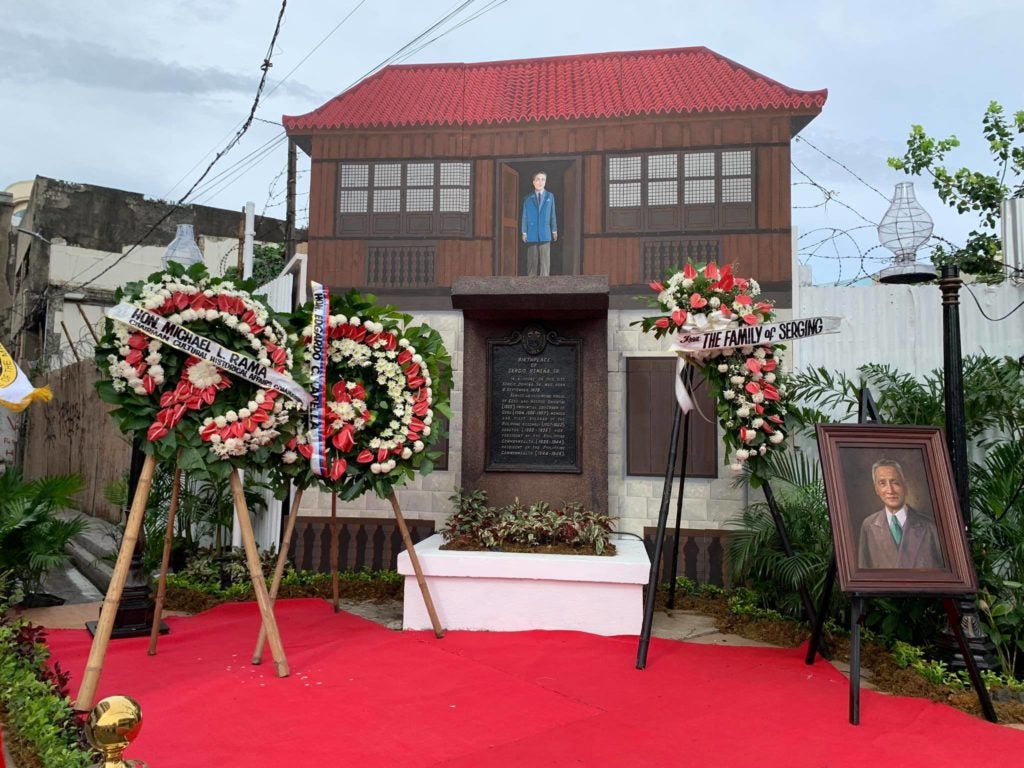 CEBU CITY, Philippines — The “Grand Old Man of Cebu” is most likely praying for the Filipinos today as the country suffers through more than a year of pandemic and economic instability.

This was the statement of former Cebu City Mayor Tomas Osmeña on the 143rd celebration of the birth anniversary of his grandfather and the Osmeña clan’s patriarch, the late President Sergio Osmeña, Sr. on Thursday, September 9, 2021.

“It’s Don Sergio’s birthday in the mid of this pandemic. He was also President during a very dark period (World War II). I’m sure he is the one praying for all the Filipinos that he loved,” said Osmeña in a text message to CDN Digital.

Compared to the past years, this year’s commemoration was a simple affair.

The Cebu City Cultural-Historical Affairs Commission (CHAC) held a wreath-laying ceremony at the birth market of the late President along Osmeña Boulevard, in the city’s downtown area.

Bryner Diaz, the head of the City Cultural and Historical Affairs Office (CHAO), said that both Mayor Edgardo Labella and Vice Mayor Michael Rama did not attend the wreath-laying ceremony but sent representatives.

This can be expected since Labella remains to work from home to avoid exposure as he recovers from illness while Rama has filed an official leave until September 14, 2021.

None of the sires or descendants of the Osmeña clan also attended the wreath-laying ceremony, although the family of the late Sergio “Serging” Osmeña, Jr., the son of the late President and the father of Tomas Osmeña, sent a flower wreath.

Labella posted a message on Facebook commemorating the late President.

“We commemorate his unique brand of leadership— a leadership characterized by selfless love for the country, total commitment to people’s interest above personal political ambitions, and his quiet dignity.”

“Through his commitment to inculcating into our youth the virtues and values that place honor above gold and country above self, may we be inspired to be better Filipinos and work towards healing as we face this global health crisis,” said Labella.

Despite the simple affair, the National Historical and Culturual Affairs Commission of the Philippines (NHCP) will be holding a an online lecture this afternoon on the life and legacy of the Grand Old Man of Cebu.

The lecture can be viewed in the CHAC’s Facebook page as well as that of the NHCP. It is expected that a member of the Osmeña clan will speak in behalf of the family.

Don Sergio Osmeña, Sr. was elected the country’s fourth president.  He served from 1944 to 1946. Before that, he also served in various government posts from 1903 to April 1946 and held the position of municipal councilor of Cebu in 1903.

A year later, he was appointed fiscal of Cebu, a position held until 1905 when he became Cebu governor.

Osmeña Day is a special non-working holiday in Cebu City.