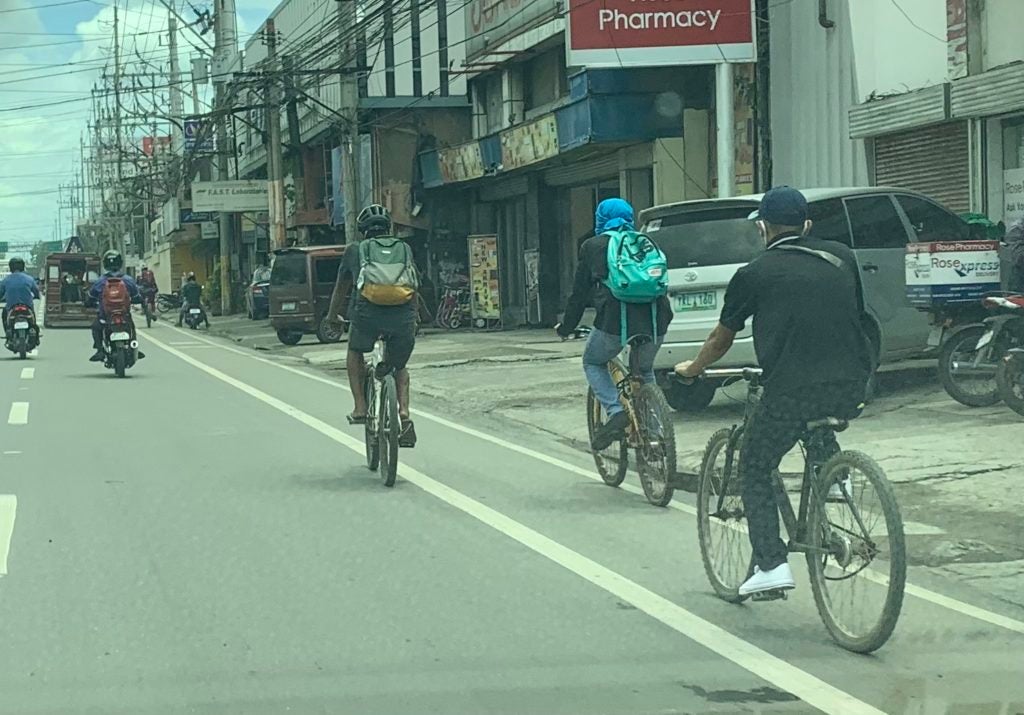 Cyclists use the bike lane on their way to work in Mandaue City. CDN Digital photo | Brian J. Ochoa

CEBU CITY, Philippines — The chief of the Traffic Enforcement Unit of the Mandaue City Police Office (MCPO) admits that undisciplined cyclists or bikers in the city have remained their major concern.

Police Lieutenant Colonel Franco Rudolf Oriol, chief of TEU-MCPO, said that there were still be undisciplined cyclists or bikers who would not observe road courtesy when traversing Mandaue roads.

Despite allocating bike lanes for them,  Oriol said some would prefer to occupy lanes where motorists and other vehicles were taking.

Aside from that, they also received complaints regarding bikers who would not follow traffic lights and signs and even some would also counterflow between vehicles outside their lanes.

With this, he said that they would intensify their awareness efforts to further educate these bikers on the proper manners when traversing roads, especially along highways.

He also clarified that the violators of these traffic rules fall on both leisure bikers and those, who use bikes in going to work.

For now, Oriol said that they would just call the attention of erring bikers and inform them on what they did wrong, hoping that they would not do this the next time around.

However, calling the attention of bikers is part of the preparation for the implementation a few days from now of the Comprehensive Bicycle Ordinance of 2020.

Oriol said that they would use the remaining days before implementation to raise awareness among bikers.

They will coordinate with the Traffic Enforcement Agency of Mandaue (TEAM) regarding this.

For those caught violating the guidelines under the ordinance, they will be expected to pay minimal fines or spend an hour of community service with the TEAM.

Violators for defensive riding such as no helmet, blinker, reflectorized vest, will pay P50. For offenses such as counterflowing, overloading, no brakes, and not using the bike lanes, the violators will pay P100.

Aside from that, Oriol also appealed to them to observe courtesy and respect to all since roads were not exclusive to cyclists only.

(We must observe, always bear in mind the road courtesy. The road is for everyone, not exclusive for cyclists. They must also think that there are other vehicles that will occupy the road, they need to respect the traffic signs, directions just like other operators of motor vehicles. )

READ: Cyclist in Mandaue with no safety gear to be fined