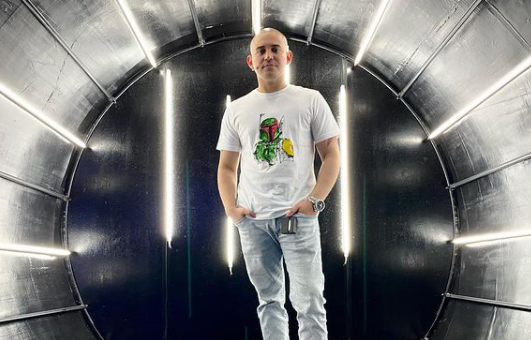 Paolo Contis has denied that he stayed in Baguio for more than three days after admitting earlier that he spent some time in the said city with actress Yen Santos.

After Contis’ breakup with actress LJ Reyes and following her interview with Boy Abunda, the actor spoke up via social media and confessed that he went to Baguio for three days to clear his mind.

He claimed then that he invited Santos for “a day” in Baguio “,” adding that she was not the cause of his split with Reyes. However, some photos of the actor with Santos has surfaced online, with netizens saying he was with Santos on Aug. 25 and Sept. 3.

The actor addressed speculations of him supposedly being in Baguio for a longer period through a text message to talent manager Ogie Diaz, which was read on the latter’s YouTube vlog yesterday, Sept. 12. According to Contis, it was impossible for him to be spotted in Baguio on specific dates because he was already in Metro Manila by Aug. 28.

Contis added that many people acted like “paparazzi” when he was getting vaccinated in Caloocan, though he has not yet seen any of the photos online.

“Now is the best time,” he said. “I-post niyo yun (photos) dahil pinagbibintangan akong lima o 10 araw sa Baguio. Sayang walang CCTV nung nagpabakuna ako,” he said. (Post those photos because I am being accused of staying in Baguio for five or ten days. It’s a pity there’s no CCTV where I got vaccinated.)

Contis’ manager Lolit Solis confirmed last month that the actor has indeed broken up with Reyes, but her assertion that the split was mutual was refuted by Reyes. Meanwhile, Reyes and her two children are currently staying in New York, Unites States with her family based there.

Reyes and Contis were together for six years. They have one child, a daughter named Summer. Reyes also has another child, Aki, whom she had with actor Paulo Avelino. JB