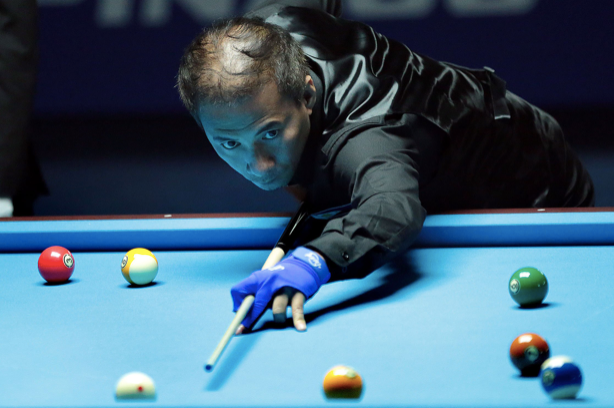 MANILA, Philippines—The Philippines will be well represented in the Round of 16 of the 2021 US Open Pool Championship with Dennis Orcollo, Johann Chua, Carlo Biado, and Rodrigo Geronimo advancing to the knockout stage.

Chua is also unscathed on his way to the Round of 16, adding an 11-7 victory over Poland’s Mieszko Fortunski to his winning streak so far.

Oh it's good to see one of the Filipino greats in Dennis Orcollo on the tv table!#USOpenPool 🇺🇸 pic.twitter.com/1jP2M9g4s4

While Orcollo and Chua strutted to the Round of 16, Biado and Geronimo had to go through the gauntlet in the losers’ bracket.

Biado defeated fellow Filipino Jeff De Luna, 11-6, and Jayson Shaw of Scotland, 11-8, to get to the knockouts.

Geronimo, meanwhile, fell to the losers’ bracket after losing to Austria’s Max Lechner, 11-2. He then recovered and defeated the Netherlands’ Neils Feijen, 11-6.

Orcollo will face Austria’s Mario He in the Round of 16, which begins Saturday (Manila time) in Atlantic City, while Chua will take on Canada’s John Morra.

Biado will match up against Spain’s David Alcaide Bermudez while Geronimo takes on Estonia’s Denis Grabe.

Efren “Bata” Reyes is the last Filipino to win the US Open when he beat Nick Varner in 1994.