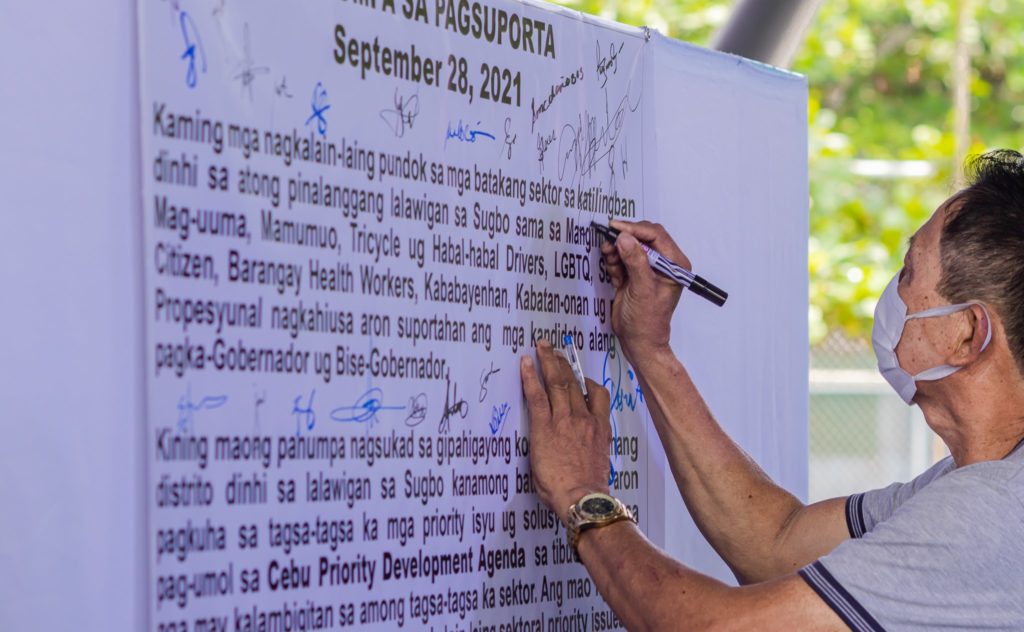 CEBU CITY, Philippines – Several groups in Cebu have thrown their support for a Durano-Davide tandem in the upcoming national and local elections.

One of those who pledged support for Durano and Davide was Fritz Acedo, chairperson of the Alyansa sa mga Kabus sa Dakbayan sa Probinsya sa Sugbo.

The groups, which came from different parts of Cebu province, from the first to the seventh districts, also signed a joint manifesto during the meeting which was held in ‘an open-air gym’ at Cebu Technological University – Danao City.

“The pledge of support… was a unified effort to show their support on behalf of their organizations to the Durano-Davide tandem,” the press statement added.

Reports have been circulating that Durano and Davide may be gunning for the highest positions in the Capitol for the May 2022 elections.

On the other hand, Davide, who currently sits as vice governor, remained tight-lipped on his plans for the upcoming polls as of this moment.