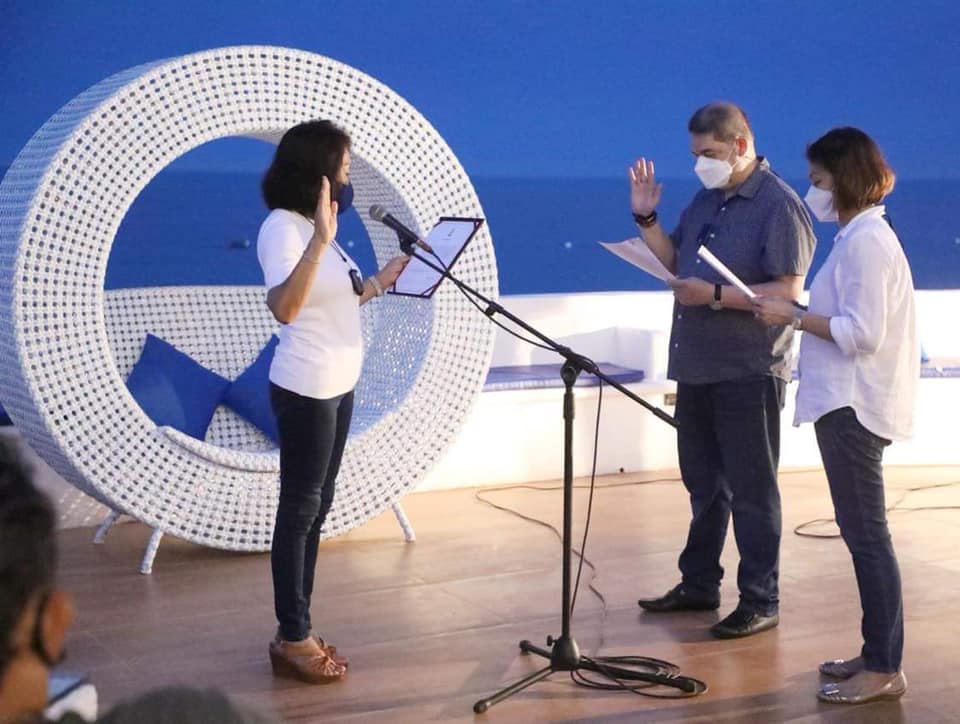 Sogod Mayor Richard Streegan and Vice Lissa Marie Durano – Streegan took their oath before Cebu Gov. Gwendolyn Garcia on Sept. 23 to be part of One Cebu for the May 2022 elections. | Photo from Sugbo News

CEBU CITY, Philippines – With only a week left before the filing of certificates of candidacy (COCs), the Garcia-led One Cebu political party has gained more support from local officials, including relatives of the Durano family of 5th district of Cebu.

In a series of posts, the Capitol’s media arm, Sugbo News, reported that mayors from Toledo City, and the towns of Carmen and Sogod recently pledged allegiance to One Cebu, ultimately signifying their support to Gov. Gwendolyn Garcia who is seeking reelection for her second term.

Sogod Mayor Richard Streegan and Vice Mayor Lissa Marie ‘Moonyeen’ Durano-Streegan on September 23 took their oaths to be part of One Cebu.

The Streegan couple ran in the May 2019 election under the opposing Barug Alang sa Kauswagan ug Demokrasya (Bakud), which is led by the Duranos.

Bakud has yet to issue a statement on this development as of this posting.

To recall, Bakud has announced that Ace is open to the possibility of gunning for the province’s top position.

Two days later, or on September 25, officials in Toledo City led by its Mayor Marjorie “Joie” Perales and Vice Mayor Jay Sigue also joined as new members of One Cebu.

The Calderons are also relatives and political allies of the Duranos.

The filing of COCs for the May 2022 polls is from October 1 until October 8.