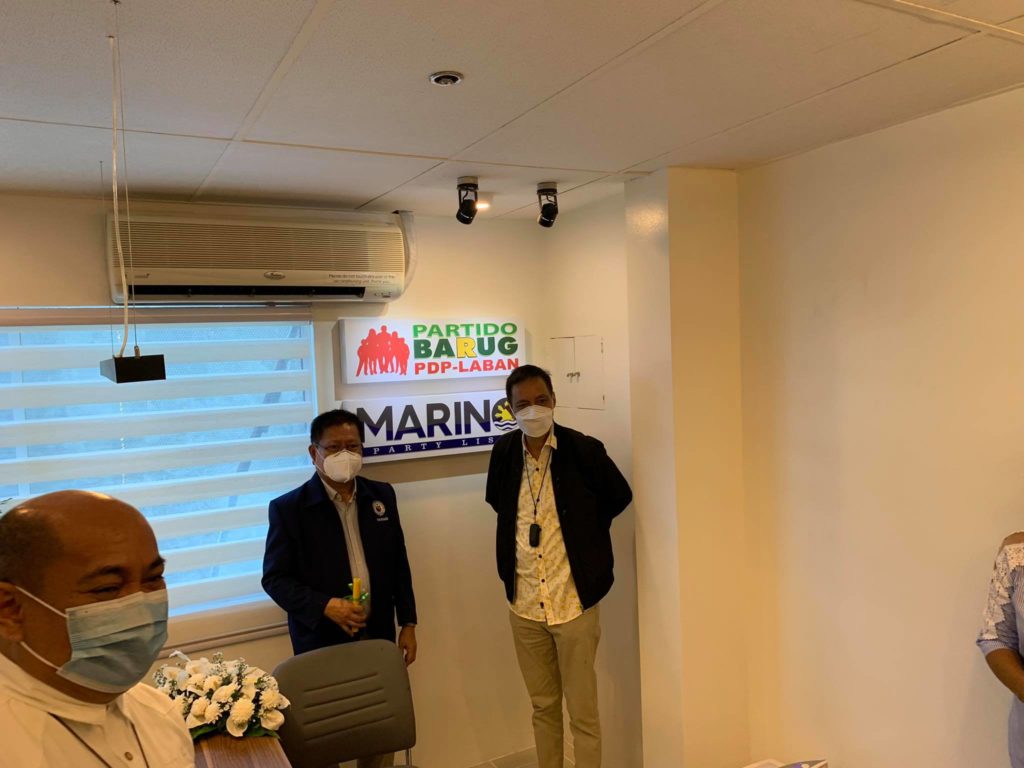 Barug’s standard-bearer for the 2022 elections, Acting Mayor Michael Rama, and his to-be running mate, Councilor Raymond Garcia led the launch of the Partido Barug -MARINO office at the J.L. building in Barangay Capitol Site on September 29, 2021.

Rama said that Barug and MARINO go a long way as MARINO has always supported Barug since it was established in 2012.

The partylist has supported the administration of Mayor Edgardo Labella as well during the pandemic as they played a major role in funding the New Oasis for Adaptation and a Home (NOAH) complex isolation center and now vaccination center.

MARINO Second Representative Maknel Lusutan said they also appreciate the support of Barug with the new office and the continuous endorsement of the partylist for elections.

MARINO is a partylist that focuses on the welfare of seafarers and Overseas Filipino Workers (OFWs).

One of the major achievements of MARINO in the pandemic was to prioritize the OFWs and seafarers in the vaccination, placing them in the A1 category.

MARINO is also fielding their third nominee, Lawyer Colin Rosell, who will be representing MARINO should they get enough spots in the Lower House.

The partylist promised to support the Barug-Kusug-Panaghiusa coallition in the 2022 elections.

In exchange, the coalition will be endorsing MARINO in their campaign as well.    /rcg