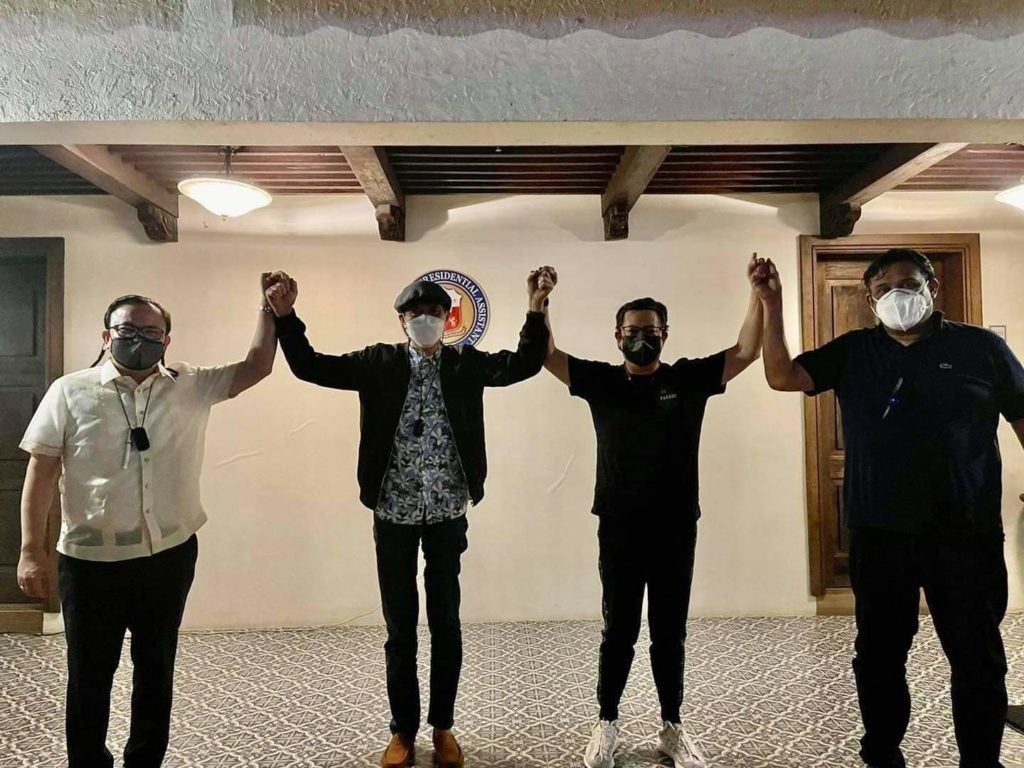 CEBU CITY, Philippines — After breaking up in recent months, Partido Barug renews its alliance with Partido Kugi Uswag Sugbo (KUSUG) led by Councilor Raymond Garcia and Partido Panaghiusa of Jose Daluz, III, as the three parties officially declare their alliance for the 2022 elections.

Rumors abound that KUSUG and Panaghiusa were separating from Barug due to differences in political stands despite assurances from both the councilor and the Metropolitan Cebu Water District chairperson that they will remain allies.

However, Presidential Assistant to the Visayas, Secretary Michael Dino, has officially announced that the three parties will launch a unified slate of candidates for the election, dispelling the rumors entirely.

On Wednesday night, September 22, 2021, a photo was posted by Councilor Garcia showing the three together with Dino who raised their hands.

Secretary Dino revealed that the three parties will unify in the upcoming elections to get a landslide victory in favor of the candidates in their line-up.

KUSUG is a political party founded by former Mayor Alvin Garcia which was launched in June 2021.

Partido Barug, which is commonly known as BARUG, is another political party founded by Rama. Barug has been affiliated with PDP-Laban since 2018.

Meanwhile, Partido Panaghiusa, which was revived by Daluz, was founded by his late mother, broadcaster Nenita “Inday Nita” Cortes-Daluz together with the late Cebu City Councilor Antonio Cuenco and the late Senator John Henry “Sonny” Osmeña.

Although the three political leaders have expressed their unity in the upcoming elections, they have yet to announce the names of their official slate.

In a phone interview with reporters on September 23, 2021, Rama said that the announcement would be “good for Cebu.”

“We will have a unified slate nato kay part man na sa alliance. To start with ang Kusug ug Panaghiusa has always been part of the process,” said Rama.

Rama also assured that the candidates are set and will be announced soon.

Recent reports have revealed a possible rift between Richard Yap, Barug’s former candidate for the North District congressional seat, and incumbent Councilor Niña Mabatid as they both allegedly wanted to run for congress.

However, Rama said the north congressional seat has been settled without any hitches, but he did not reveal if they will field Yap or Mabatid there.

The acting mayor also said the party has already agreed on a congressional candidate for the south district.     /rcg