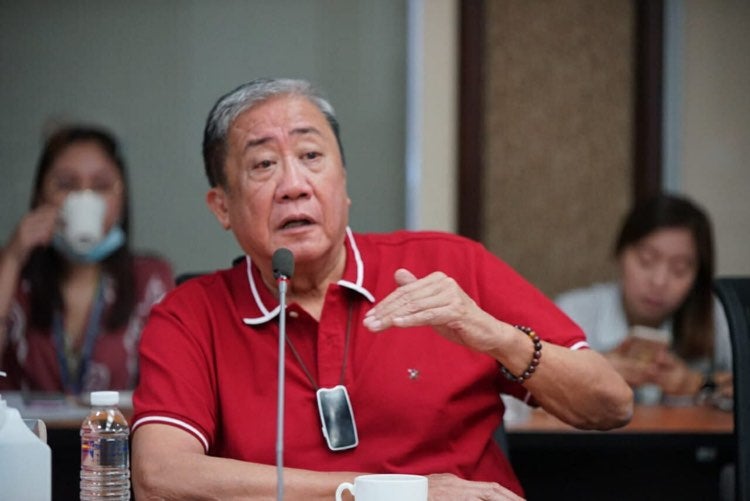 MANILA, Philippines — Department of Transportation (DOTr) Secretary Arthur Tugade said his offshore investments in Solart Holdings were a “personal financial move” that was established long before he joined the government.

He said that he has always been transparent in his financial standing.

Tugade posted this on social media after his name was linked to an investigative report on alleged hidden offshore investments based on leaked documents.

“We decided to have a portion of our savings invested outside the Philippines, which is valid and legal,” reads portions of his post.

The Philippine Center for Investigative Journalism (PCIJ), citing leaked documents, said that Tugade disclosed offshore investments worth P57 million as assets every year since 2012, “but no details about these investments have been declared, except these were acquired in 2003.”

Tugade said that as required of public officials, he has consistently been declaring these investments in his sworn Statement of Assets, Liabilities, and Networth (SALN).

“[It] has consistently been disclosed in my sworn SALN under ‘Personal Properties – Intangible’, particularly, as ‘Offshore Investments’ from 2012 to 2020. In the said period, the account barely moved,” he explained.

He said that he was not hiding anything as he vowed to answer the allegations against him in the proper forum.

“Wala po akong tinatago (I am not hiding anything). As an appointed public servant, I have taken an oath to uphold transparency, honesty, integrity, and good governance. These are cherished values that I personally believe in, and I have made it a lifelong commitment to sustain and carry around myself,” he added.

He also denied knowing of any letter request for an interview coming from PCIJ to get his side on the issue.

Libiran said this only aims to besmirch Tugade’s character, and by extension, the administration of President Rodrigo Duterte.

“We abhor the recent article published by the Philippine Center for Investigative Journalism (PCIJ) and Rappler on the ‘offshore investments’ of Transportation Secretary Art Tugade,” Libiran said.

Libiran also disclosed that their group of lawyers will not take lightly the “well-oiled and orchestrated effort to malign and discredit the good image and reputation of Secretary Tugade and his family.”

“We pray that whoever or whatever entity is behind this black propaganda, is not doing this because Secretary Tugade is now perceived as a legitimate threat and a stumbling block to their political aspirations. The article is false, misleading, and downright defamatory,” the transportation communications chief said.

“Consider this as a stern warning and an assertion that our lawyers will exert all necessary effort, to the fullest extent of the law, to find those behind the malicious and irresponsible publication of this report,” Libiran said.