Fans of the band are now calling on its lead vocalist Ely Buendia to fulfill his tweet last September 28, 2021.

It can be recalled that Buendia answered a question from a fan during a live chat he hosted.

The asked if there is a chance that the band would soon be reunited in a concert.

Buendia quoted the tweet and answered it saying the band will if Robredo will run in the upcoming elections.

Fans of Eraserheads or better known as “Eheads” have since been encouraging Robredo in their tweets to take up the challenge. 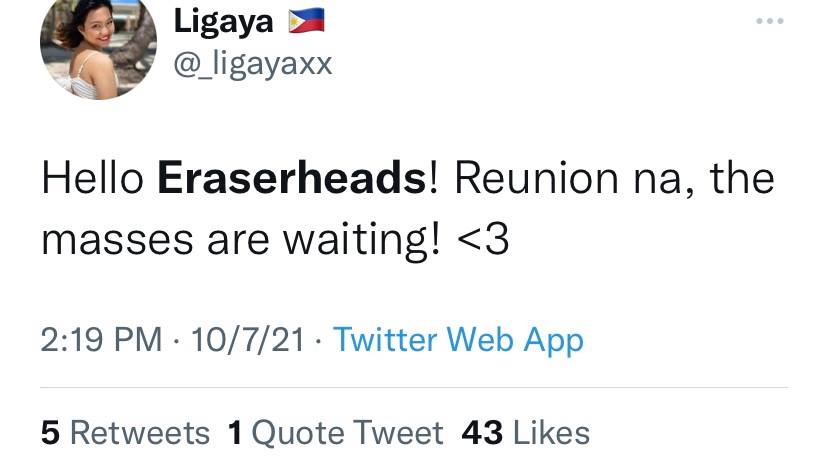 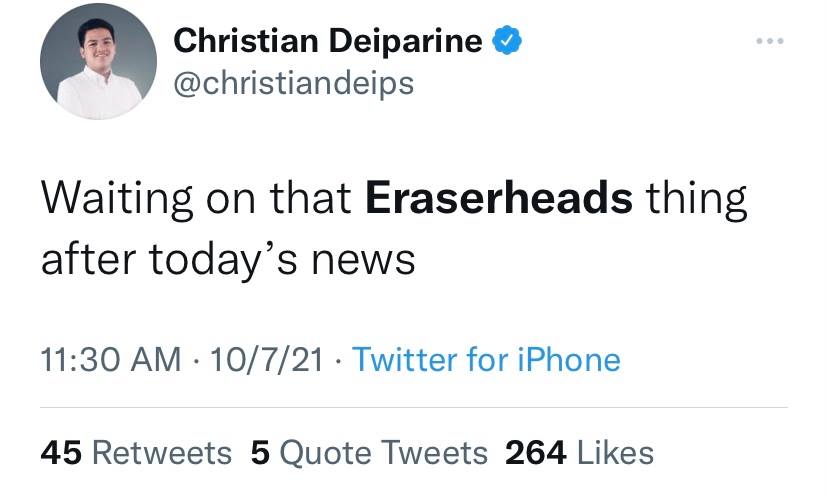 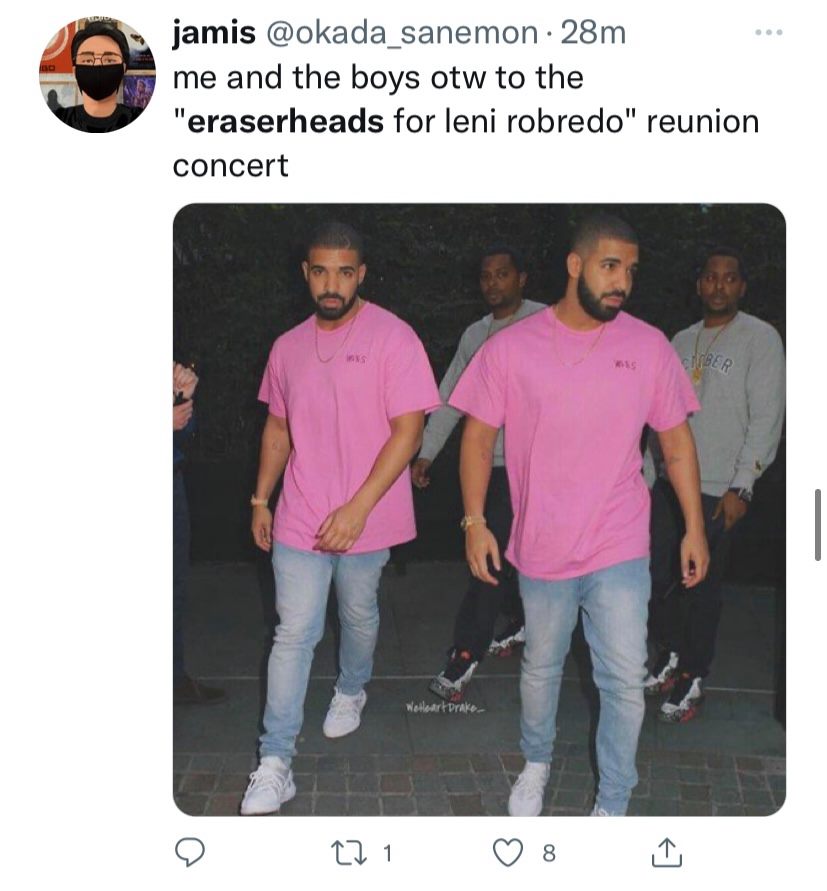 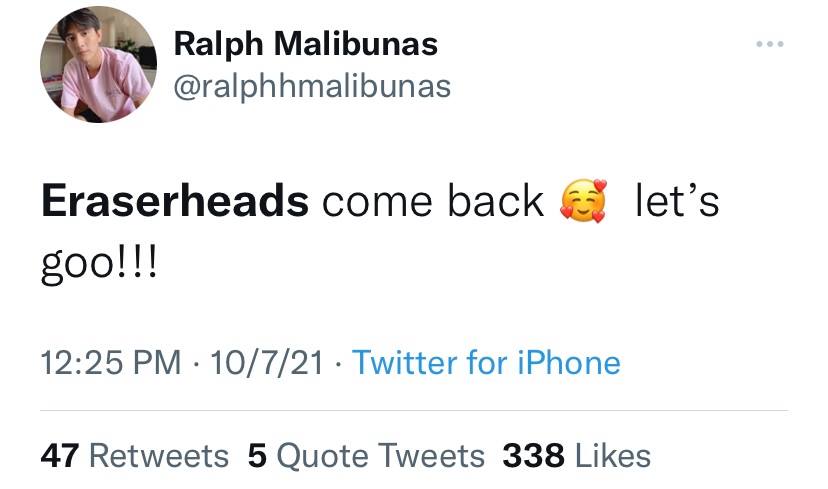 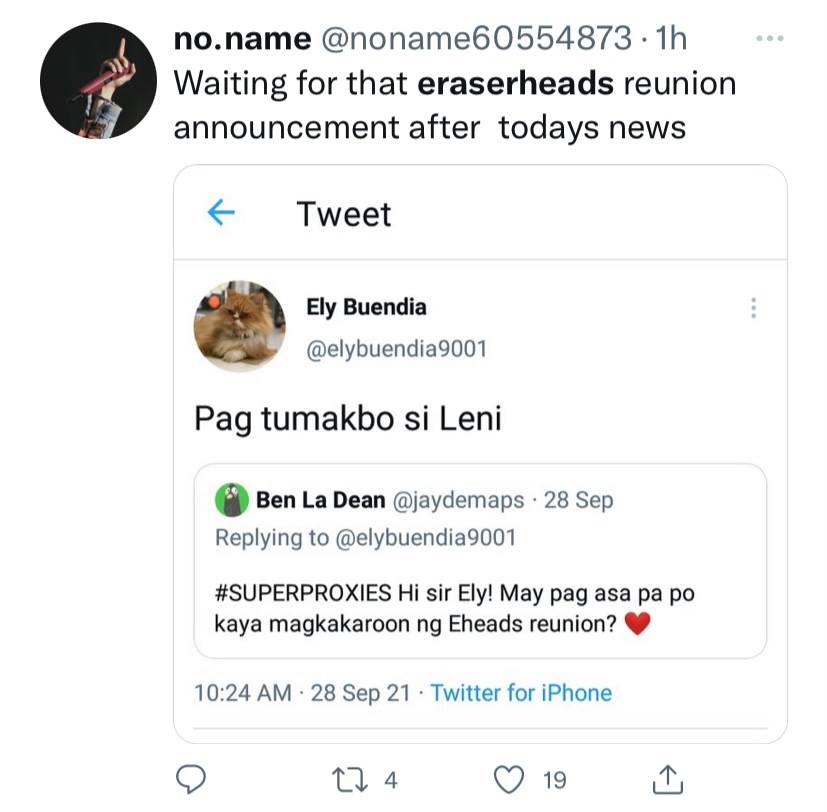 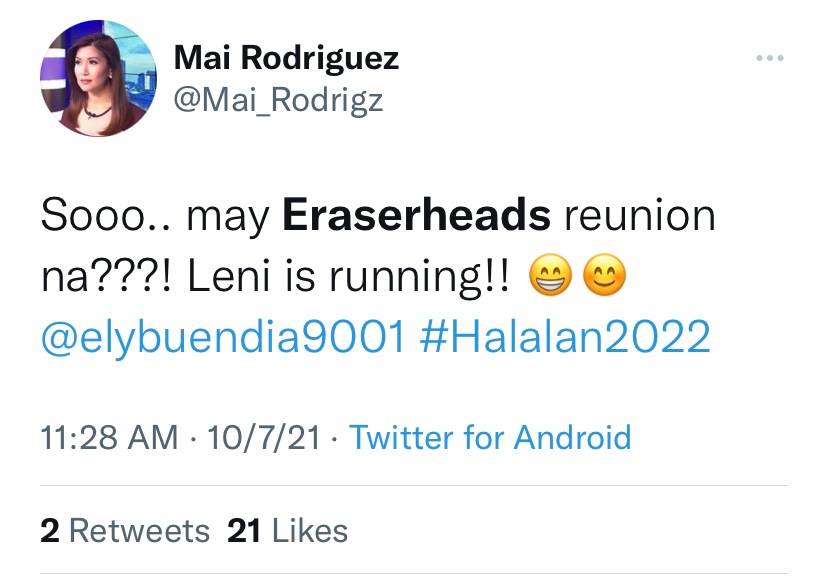 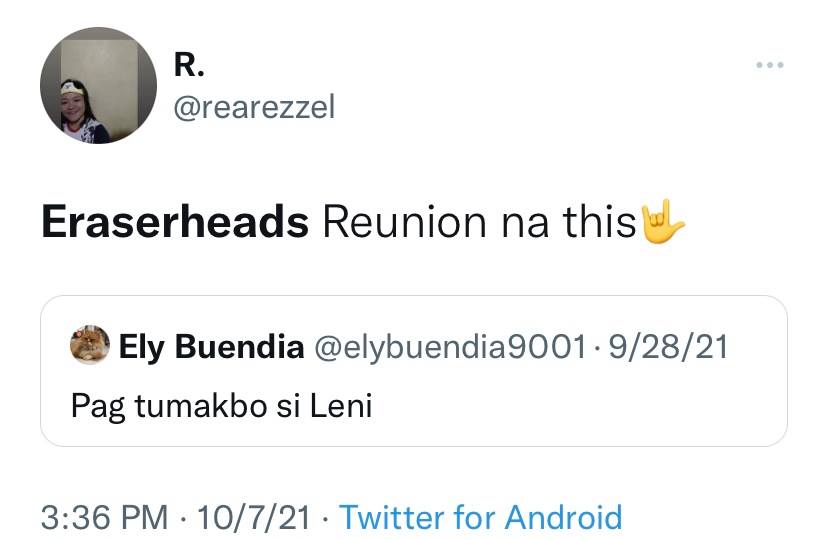 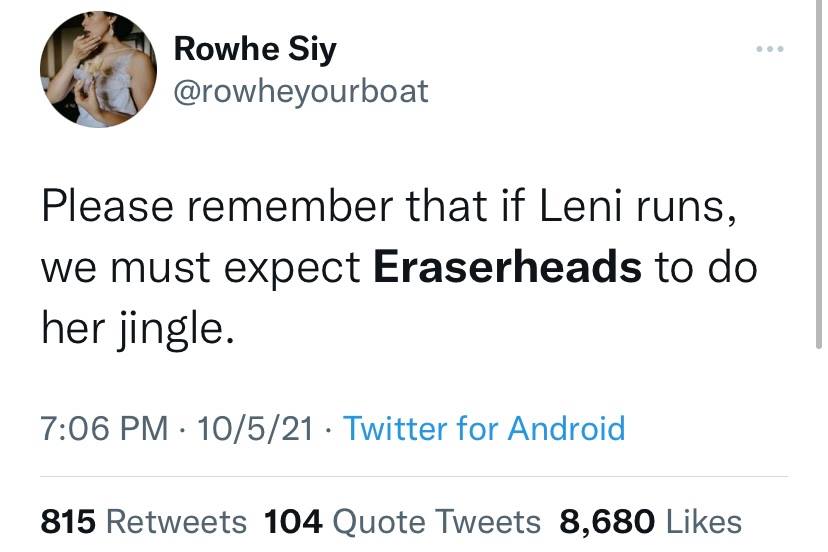 Many have also long been anticipating the band’s reunion since their last concert in 2009.

Eheads’ are known for their songs like “Ang Huling El Bimbo” “Pare Ko”  and “With A Smile.”