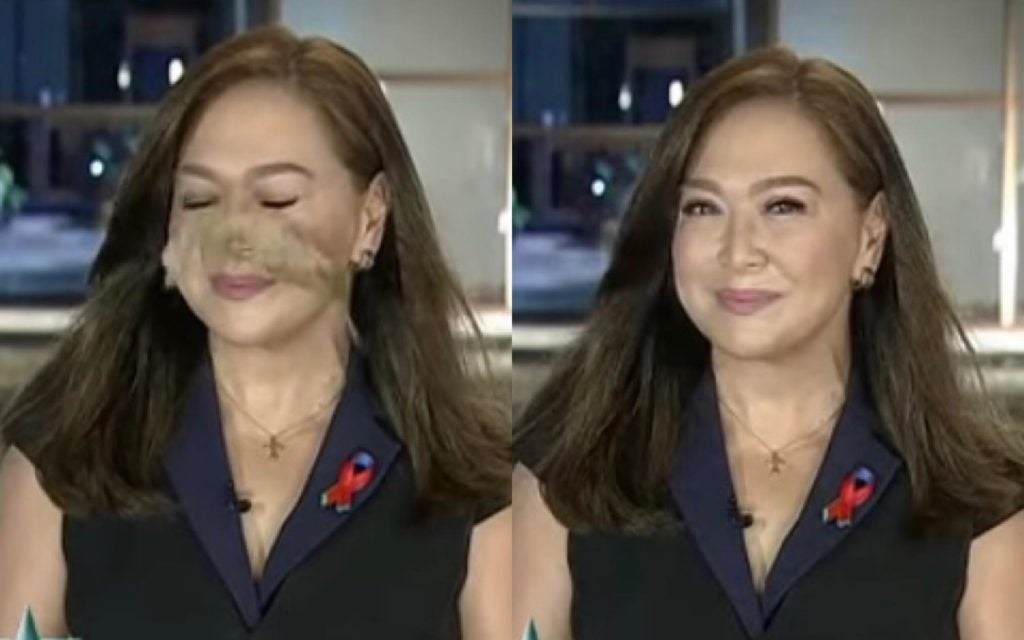 DALAGUETE, Philippines—TV news anchor Karen Davila has made her comeback to  ANC’s news program TV Patrol with a viral blooper.

The hashtag Karen Davila is trending on Twitter Philippines Wednesday, October 13, 2021, after her “unbothered” reaction after a leaf suddenly flew in front of her face while her co-anchor Henry Omaga-Diaz was delivering his spiel.

“Literally turning over a new leaf

Mahangin lang talaga sa labas lol. Have a good day everyone! Christmas is around the corner

See you later on TVP

The award-winning broadcast journalist returned to TV Patrol as one of the main anchors together with Diaz and Bernadette Sembrano-Aguinaldo.

This came after the flight of Noli de Castro who filed his candidacy to run as senator for the upcoming elections.

It can be recalled that Davila also went viral last August for her candid reaction after finding out she share the same birthdate with singer Lyca Gairanod. /rcg