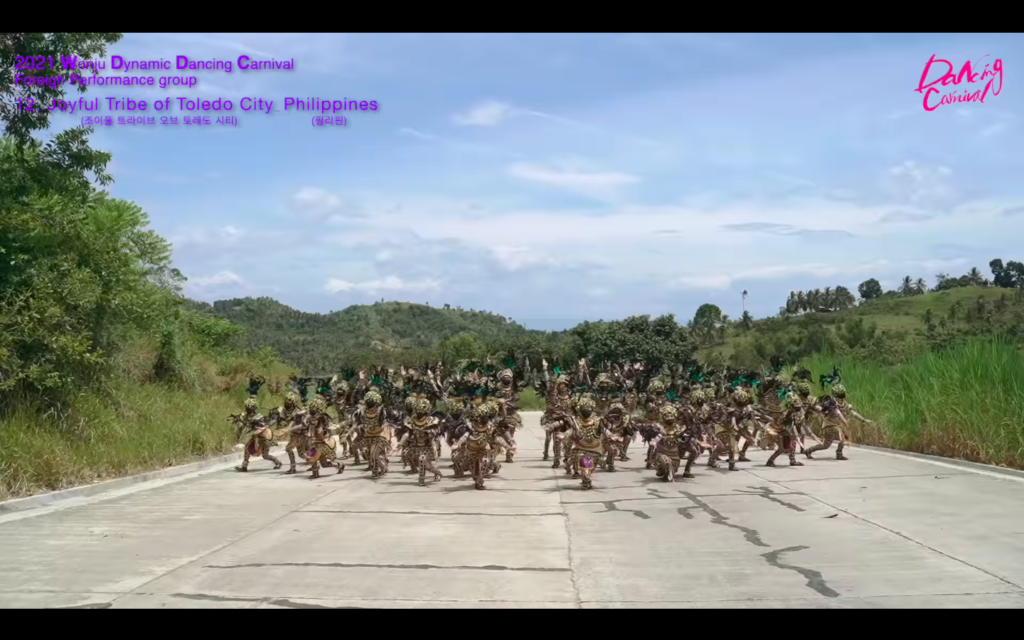 CEBU CITY, Philippines – Cebu has made history once again.

Performers from Toledo City, a third-class component city in Cebu province, were named champions in one of the competitions for the World Wonju Dynamic Dancing Carnival, the Provincial Tourism Office announced on social media.

The Joyful Tribe, known for performing the Hinulawan Festival in their city, won the Grand Prize for the Foreign Performance Group. They bested 20 other groups from around the world that made it to the finals of the virtual competition.

Performers from Toledo rendered a five-minute dance that highlighted the importance of conserving natural resources and taking care of nature.

Aside from the Joyful Tribe, another group from the Philippines, COMRADZ, made it to the Top 3 and placed 3rd. SUGA IZANAI REN from Japan got 2nd place.

In addition, the Sinanduloy Cultural Troupe of Tangub City, a crowd favorite during Sinulog Festivals, received the special award for having the most views.

The Wonju Dynamic Dancing Carnival is one of the world’s largest festivals. It is usually held between September to October in the city of Wonju in South Korea.

Delegation from Wonju in South Korea to skip Sinulog 2021