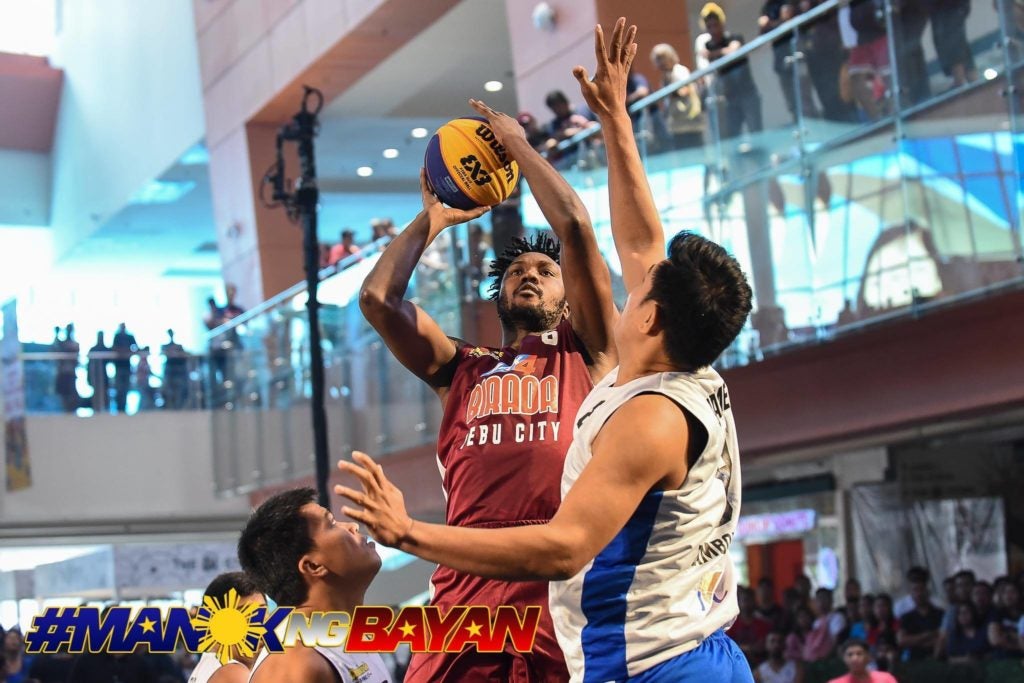 CEBU CITY, Philippines—Foreign players can now get back to playing competitive basketball with the holding of the Chooks-to-Go Pilipinas Invitational 3×3 hoop fest.

Cameroonian big men in Frederick Elombi and Landry Sanjo, who used to play for different schools in the Cebu Schools Athletics Foundation Inc. (Cesafi), will suit up for the ARQ Builders Cebu in the tournament slated to start Wednesday, October 20, 2021, at the Laus Events Center in San Fernando, Pampanga.

“This new development in the sports industry is a significant opportunity for players both local and foreign. It brings so much hope for athletes that games such as basketball will start to be back in full swing,” said Elombi, who used to play for the University of Cebu Webmasters in the Cesafi.

Expect Elombi to be a huge help for the Cebu team as he has managed to keep himself in shape despite the pandemic.

“Challenging times was not a hindrance for me to keep my body and health in shape. I still continue to do my training in preparation for the leagues coming in the near future,” he added.

During the pandemic, he worked out with the Negros Mascuvados Team in Bacolod to stay in shape

The one-day 3×3 tournament is organized by Chooks-to-Go, headed by its president, Ronald Mascariñas who aims to provide a worthy basketball tournament for former student-athletes and basketball players who have not played for a long time due to the pandemic.

“We opened up the one-day Invitational tournament [with] imports for the sole reason that these former student-athletes have not played for such a long time and have been stranded in our country since the pandemic,” said Mascariñas.

“This will also help our local players in adjusting to the global FIBA 3×3 game as there are a lot of skilled 6-foot-6 and above players in those competitions,” he added.

The tournament will follow the FIBA 3×3 World Tour format. There will be three pooled groups in the tilt wherein the two top teams will qualify for the knockout playoffs.

Read Next
Bea Alonzo on her 34th birthday: I had the time of my life