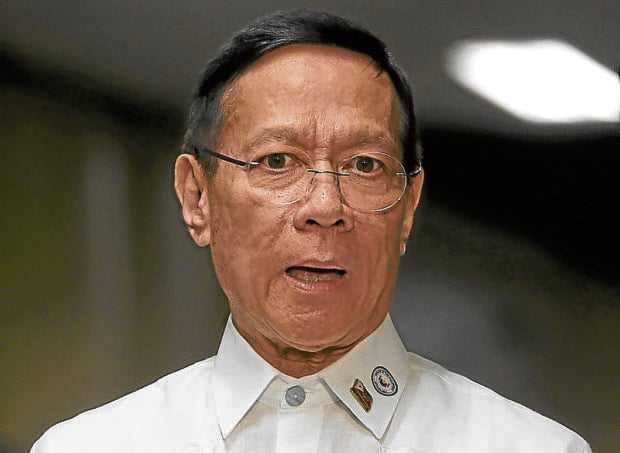 MANILA, Philippines — Health Secretary Francisco Duque III has approved a recommendation by the Health Technology Assessment Council (HTAC) to give booster shots and additional jabs against COVID-19 for priority groups, provided there is sufficient vaccine supply and inoculation targets are reached.

According to its Oct. 13 letter to Duque, the council recommended that the first in line to get booster shots will be the healthcare workers and this will be done during the last three months of the year. They will be followed by seniors and “eligible priority groups” next year.

An additional, or third dose, will be administered starting this year to individuals with comorbidities, but only after 28 days from completion of the initial COVID-19 vaccine series.

A note from a source close to HTAC seen by the Inquirer on Saturday indicated that Duque approved and signed the recommendation on Oct. 21.

It is still unclear whether the recommendation would need approval from President Rodrigo Duterte or the Inter-Agency Task Force for the Management of Emerging Infectious Diseases.

Presidential spokesperson Harry Roque told the Inquirer that he has yet to confirm the HTAC recommendation with Duque.

The HTAC said the World Health Organization (WHO) had advised that immunocompromised individuals with insufficient immune response must be prioritized for an additional dose, especially when there is evidence of waning immunity from COVID-19.

According to the WHO, booster doses are administered to a vaccinated population that has completed a primary vaccination series of one or two shots, depending on the brand, and whose immunity and protection have fallen below a rate deemed sufficient in the covered population.

Additional doses may be needed for a target population that needs to “enhance the immune response to a sufficient level of effectiveness against the disease,” the WHO said.

The government’s classification of priority groups in its vaccination drive is as follows: front-line healthcare workers (A1), senior citizens (A2), persons with comorbidities (A3), front-liners in essential sectors (A4), indigent population (A5), and the rest of the population.

“We emphasize that these recommendations are being offered in consideration of sufficient vaccine supply and acceptable coverage for primary vaccination,” the HTAC letter read.

HTAC considered the following criteria for its recommendation for added COVID-19 shots: effectiveness against COVID-19 variants of concern, particularly against the Delta variant; delivery and logistics, including the capacity to supply in 2021 and 2022; costing, or price per dose and threshold cost per individual jab; and flexibility to be used in homologous and heterologous booster vaccine strategy.

A homologous vaccine refers to the same brand that was first injected and a heterologous shot is from another manufacturer.

The HTAC suggested injecting the same brand of the initial COVID-19 shots but said that the Pfizer vaccine may be used on those who had been inoculated with AstraZeneca, CoronaVac, and Moderna jabs.

Those originally jabbed with CoronaVac may also get vaccinated with AstraZeneca.

The HTAC is an independent advisory body created under the Universal Health Care Act. It guides the Department of Health and the Philippine Health Insurance Corp. on health interventions funded by the government.

Metro Manila has reached a vaccination rate of 81 percent for the target population, but the other regions are still below 35 percent. The slowest immunization rate is in Bangsamoro Autonomous Region in Muslim Mindanao at only 9.5 percent.

Secretary Carlito Galvez Jr., who is in charge of the national vaccination program, last week said that the country already had a steady vaccine supply and an inventory of about 38 million doses, prompting the government to raise the vaccination target to 1.5 million doses per day from about 400,000. Note: The percentages were computed by the Inquirer using the number of first and second doses administered and population projections for 2021. SOURCE: NTF AGAINST COVID-19, PSA

At least 70 percent of the country’s estimated population of 110 million must be fully vaccinated to achieve herd immunity. The government had raised this to 80 to 90 percent after more variants of the coronavirus emerged.

The government announced on Saturday that it was allocating P22 million for clinical trials on the use of the controversial antiparasitic drug ivermectin against COVID-19 next month.

Undersecretary Rowena Guevara of the Department of Science and Technology said the government would be recruiting 1,464 individuals to participate in the trials in the Philippines, one of 75 countries taking part in the clinical trials led by the University of Liverpool.

These will utilize double blind, placebo-controlled, randomized controlled trials to assess the efficacy, safety and effect on viral clearance of ivermectin on asymptomatic and nonsevere COVID-19 cases in isolation facilities, she said.

The preliminary results will be released at the end of December, Guevara said. Note: The percentages were computed by the Inquirer using population projections
for 2021 from the Philippine Statistics Authority (PSA). According to the National
Task Force (NTF) Against COVID-19, the government aims to vaccinate 70 percent
of the country’s population, or about 77.1 million people by year-end. This number excludes Filipinos age 12 to 17. The pilot run for vaccination of minors began on Oct. 15.
SOURCE: DEPARTMENT OF HEALTH, PSA, NTF AGAINST COVID-19

The study would be conducted in the quarantine facilities of Ateneo de Manila University, De La Salle University, University of the Philippines-Diliman and Makati Science High School.

If the participants from these areas are not enough, more could be recruited from the Cagayan Valley region and the Davao region.

She also said the UP College of Pharmacy had been formulating the ivermectin capsule that would be used in the clinical study.

The Department of Health (DOH) has not recommended the use of the antiparasitic drug on coronavirus patients, noting that there has been no evidence to show that it has been effective in treating COVID-19.

The DOH on Saturday reported that only four minors who were vaccinated under the government’s pediatric inoculation drive which began on Oct. 15 showed adverse reactions.