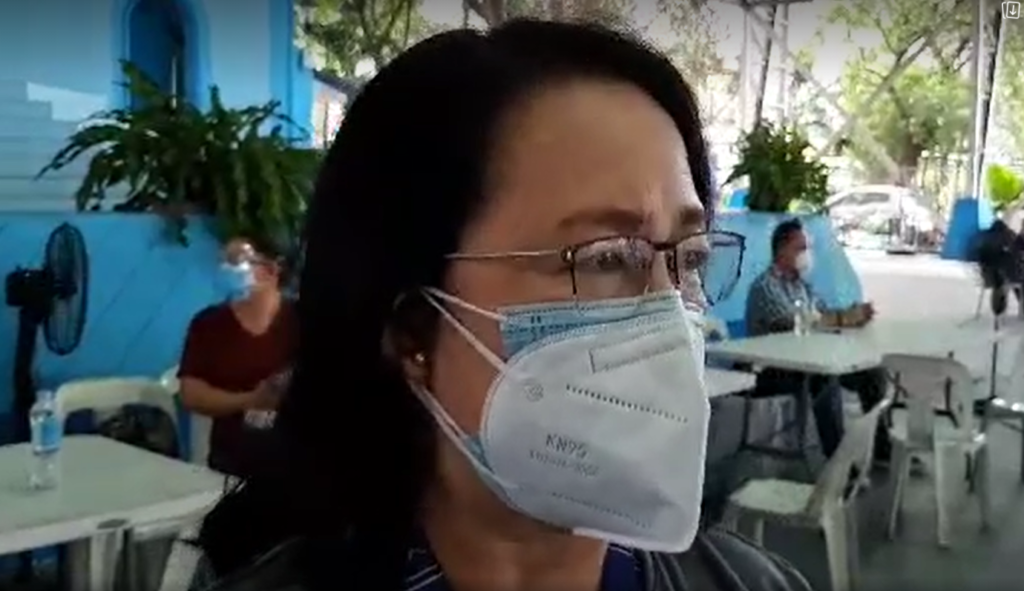 Dr. Agnes Realiza says that they have recorded a low turnout of senior citizens in the city’s vaccination drive for that age group. | Contributed photo

LAPU-LAPU CITY, Philippines —The Lapu-Lapu City government has continued to record a low turnout in their vaccination drive against the coronavirus disease 2019 (COVID-19) for senior citizens.

This was confirmed by Dr. Agnes Realiza, head of the Lapu-Lapu City Health Department.

Realiza said that currently, only 29 percent of senior citizens in the city had been inoculated with the vaccine.

Based on the record from the Office of the Senior Citizens Affairs (OSCA), the city has around 30,000 senior citizens registered.

(Because their fear must have gotten the better of them, or they are less educated eventhough the vaccine is good for the senior (citizens).)

Due to this, Realiza said that they were now intensifying their campaign to convince senior citizens to have themselves vaccinated.

Aside from this, they also continue to implement house-to-house inoculation during their Barangayan Vaccination.

(Even now in the barangays we will still fetch them. If they do not have vehicles to bring them to the vaccination sites we have a bus or a van to fetch those who wish to be vaccinated.)

As of October 19, 2021, the city has already inoculated 58.36 percent of their targeted population for the first dose of the COVID-19 vaccine, while 49.34 percent were fully vaccinated or have received the second dose.