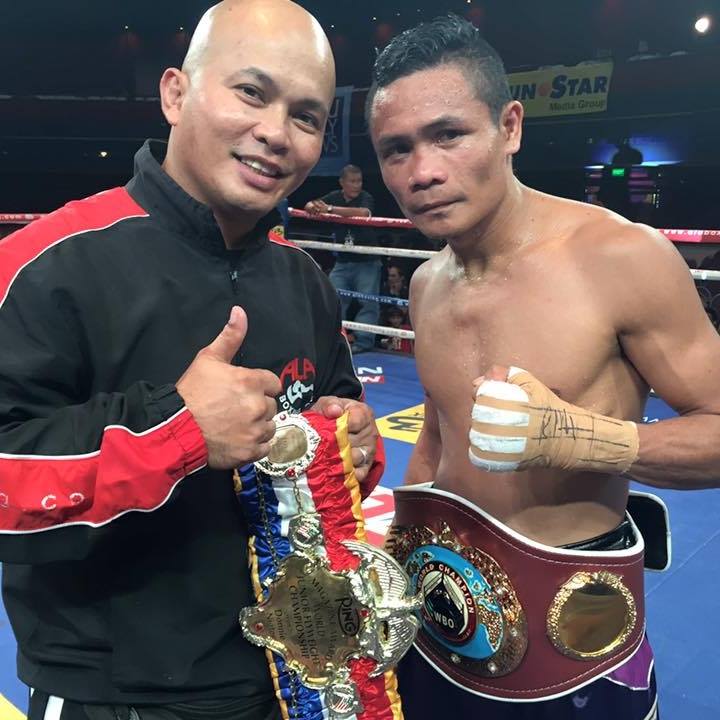 In an interview with CDN Digital, Villamor said that he is happy for Nietes, especially after they faced uncertainty with the latter’s former promoter, the MTK Global and D4G Promotions.

For nearly seven months, Nietes had no scheduled fights whatsoever with his previous promoters after winning the WBO international super flyweight title in April against Pablo Carrillo.

However, right after he signed with Probellum last October 21, Nietes immediately earned a scheduled bout in December this year.

The trainer-boxer tandem of Villamor and Nietes can be traced back to day one of the latter’s career with ALA Boxing Gym in Cebu.

Their partnership has been proven and tested since their heydays with ALA Boxing Gym. Villamor has been a witness to Nietes’s historic milestones in boxing, being the longest-reigning Filipino boxing world champion.

The 39-year old Nietes, who holds a record of 43 wins, one defeat, five draws with 23 knockouts, has been training with Villamor since September at the latter’s co-owned boxing gym, the Villamor Brother’s Boxing Gym in Mandaue City.

When it comes to expectations, Villamor is very ecstatic and optimistic that Probellum can give Nietes the fight he wants in the near future.

Nietes has been calling out the big names in his division for years already. Nietes already showed his intent to fight Roman Gonzales, Juan Francisco Estrada, and Srisaket Sor Rungvisai but was never materialized.

Nietes is currently ranked No. 6 in WBC, No. 4 in WBA, and No. 2 in WBO’s super flyweight division.

Probellum has Donaire Jr. as its banner fighter and brand ambassador after the latter signed a promotional contract earlier this month.

Currently, Probellum only has two Filipino boxers under its fold. They are Nietes and Donaire, both four-division world champions.

Read Next
Kylie Padilla: ‘I know my truth!’