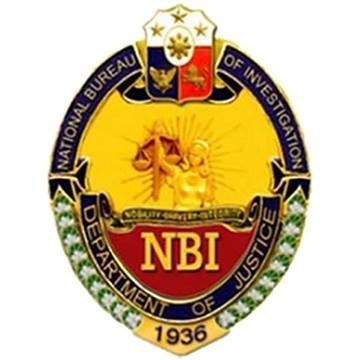 CEBU CITY, Philippines – The National Bureau of Investigation in Central Visayas (NBI-7) has sued a bank manager here for allegedly refusing to provide closed-circuit television (CCTV) footage that may help determine the suspects behind the abduction of a 39-year-old male last year.

In a press statement, NBI-7 filed a case of Obstruction of Justice before the Cebu City Prosecutor’s Office against Lorelei Ontanillas,  branch manager of one of the reputable commercial banks in Barangay Apas.

The case, which was filed on Tuesday, October 26, 2021, reportedly stemmed after Ontanillas repeatedly refused to provide CCTV footage of a person who ‘illegally withdrew’  a sum of money in an automated teller machine (ATM) outlet using the account of a certain Oniel Natividad.

NBI-7 recalled that Natividad was reportedly abducted by armed and hooded male individuals last November 24, 2020 while buying food along V. Rodriguez Street, Cebu City. His family was then waiting for him inside their car that was parked across the street during the incident.

“The captured image of the person who withdrew from the ATM and is certainly an accomplice of the abductors would have plausibly led to the identification of the principal,” read part of NBI’s statement, citing that withdrawals were made the day after he was allegedly abducted and two days after using the ATM of the victim.

Despite the request letters and subpoenas sent by NBI, Ontanillas allegedly refused to provide as such, citing the provisions under The Law on Secrecy and bank Deposits, General Banking Law and Foreign Currency Deposit Act of the Philippines.

“As viewed by the NBI Legal Division in Manila, the citations advanced by the respondent are untenable. Perusal of the said banking laws, however, would show that what is being prohibited is the inquiry or investigation into the very nature of such deposit or investment made in transacting persons captured by the ATM of the subject bank,” the statement read.

“The law expressly refers to deposits not to the identity, nationality or residence of the depositors,” it added.

NBI-7 reiterated that their inquiry is not the deposit of Natividad, who remains missing up to this date.

“It bears reiterating that the subject of NBI’s inquiry is NOT the deposit of ONIEL but what is being sought is the CCTV captured images of a person/s who made a withdrawal during a certain time and date material to the ongoing investigation,” NBI said.