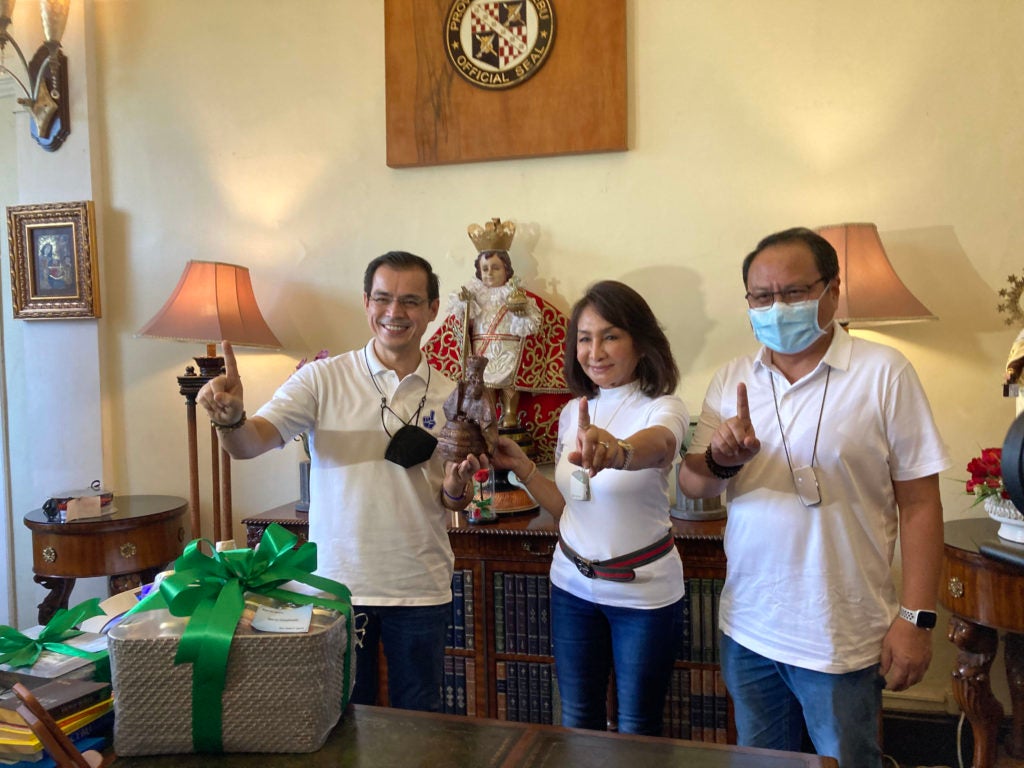 CEBU CITY, Philippines – Presidential aspirant and incumbent Manila City Mayor Francisco “Isko Moreno” Domagoso on Friday said he is hopeful to be chosen as One Cebu’s bet for president in the 2022 elections.

Moreno made the statement during his courtesy visit to Cebu Governor Gwendolyn Garcia on Friday afternoon, November 5, 2021, at the Cebu Provincial Capitol.

He said he really needs all the help he could get as he guns for the country’s highest elective position, saying he has no family members nor relatives that are inclined to politics.

Third District Rep. and One Cebu Secretary-General Pablo John Garcia, who accompanied Moreno during his visit, reiterated that the party will announce its national alliances after November 15 or the deadline of substitution, citing that everything in the national scene is still fluid.

The secretary-general, however, stressed that they were seriously considering Moreno to be the party’s presidential bet.

The incumbent mayor said he will be using the same formula, where he would court the people and reach as many and as far as possible, stressing that he really wanted to know the real situation in the rural areas.

“Ganun parin ang pormula manliligaw at manliligaw [and] at the same time, I have to do what I have to do being a candidate to reach as many as possible as soon as possible, as far as possible because I really wanted to learn what is really the situation in the rural areas particularly about highly urbanized cities,” he added.

Prior to his courtesy visit to the governor, Moreno visited the towns of Dumanjug, Barili, and Moalboal in southern Cebu and had a dialogue with the cooperatives and business sectors that were affected by the COVID-19 pandemic.

Although he already has gained a lot of experience, Moreno said he learned a lot of concepts here in Cebu through his dialogues, that he could adopt should he win as president.

For her part, the governor said they were happy for the visit of Moreno citing that he has become quite a personality in the country for his innovative ways in handling Manila amid the pandemic.

Garcia said both of them have gone through the biggest challenge of COVID-19 and that they were able to face, manage, and prevail over it.

Moreno also expressed his gratitude to the governor as well as the congressman for accompanying him in his dialogue with the business sectors.

Read Next
Dalogdog: Follow proper procedure in processing docs to avoid being victimized by scammers