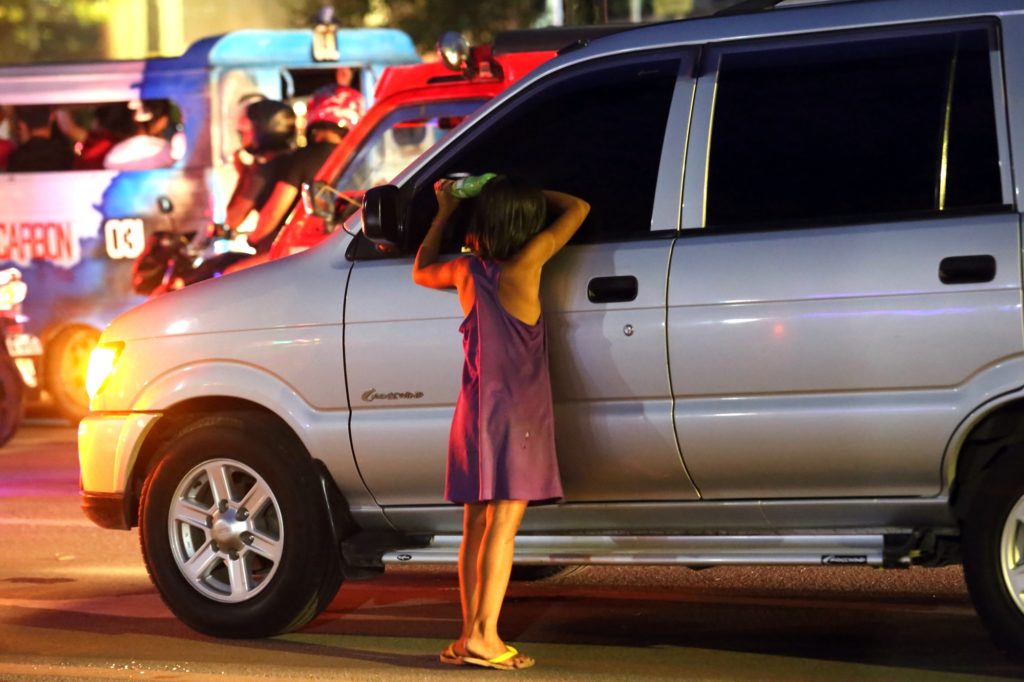 A young street caroler does her thing unmindful of the dangers she’s facing on the busy street in this December 2018 photo. CDN PHOTO/JUNJIE MENDOZA)

CEBU CITY, Philippines – Police in Cebu City said they have long drawn up countermeasures should the government allow street caroling this Christmas season.

Parilla said that even before the directive of the chief PNP was issued, they have already deployed their personnel in strategic areas and places of convergence.

Eleazar on Thursday, November 11, 2021, said police officers should now start patrolling the streets and make sure that carolers observe the minimum health protocols.

The Cebu City government though is still undecided whether to allow street carolers this year or not.

On Wednesday, November 10, Cebu City Acting Mayor Michael Rama urged carolers or “manaygonay” to refrain from doing their thing in the meantime. As such, Parilla said that caroling is still banned in the city.

The police official said that if ever they will catch carolers on the streets, the police will not detain them but will only remind them that the activity is not yet allowed in the city.

The city government, Parilla said, is still drafting the protocols that would cover such activity.

Department of Interior and Local Government (DILG) Undersecretary Jonathan Malaya on Wednesday, confirmed that Christmas carolling will be allowed in areas under Alert Level 2, which also covers Cebu City.

It can be recalled that last year, Mayor Edgardo Labella banned caroling for health reasons, saying such activity mostly causes crowding as most carolers go in groups.     /rcg

Read Next
Barili arrest: Man, accused of 2019 killing of a woman in Cebu City, nabbed