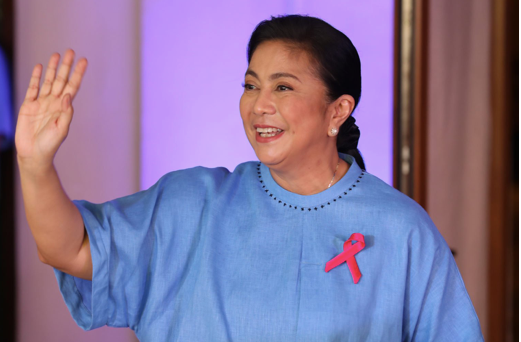 In this October 2021 photo, Vice President Leni Robredo formally announces her bid for presidency in the 2022 national elections.  (Photo from OVP)

MANDAUE CITY, Cebu – Vice President Leni Robredo, who will be running for president in the 2022 elections, will be in Cebu for a two-day visit starting Friday, November 12, 2021.

Robredo will be attending public and private activities in Cebu, which will be highlighted by a courtesy visit to Cebu Archbishop Jose Palma on Friday.

The presidential aspirant is also expected to have a dialogue with teachers and nuns at a private school in Cebu City and will be leading the turnover of the Sustainable Livelihood Program (SLP) to at least 68 beneficiaries.

Just like two other presidential candidates Manny Pacquiao and Ferdinand “Bongbong” Marcos Jr., Robredo’s team has also put up a campaign headquarters in Cebu City, which will be inaugurated on Friday.

The oath taking of the Cebu People’s Campaign Assembly (CPCA) is set to follow, which will be led by the vice president.

CPCA is a broad alliance of Cebuano supporters and campaigners of Team Robredo and Pangilinan (TROPA).

The Assembly is composed of political organizations, campaign groups and volunteer collectives from different sectors and interest groups in Cebu that will serve as a campaign vehicle to consolidate all support groups for Leni-Kiko tandem and the campaign line up in the May 2022 elections.

Robredo’s running mate in the 2022 elections is incumbent Senator Francis “Kiko” Pangilinan, who is the current party president of the Liberal Party (LP).

According to a source, who asked not to be named, Robredo will be attending private meetings or events on Saturday to conclude her visit.