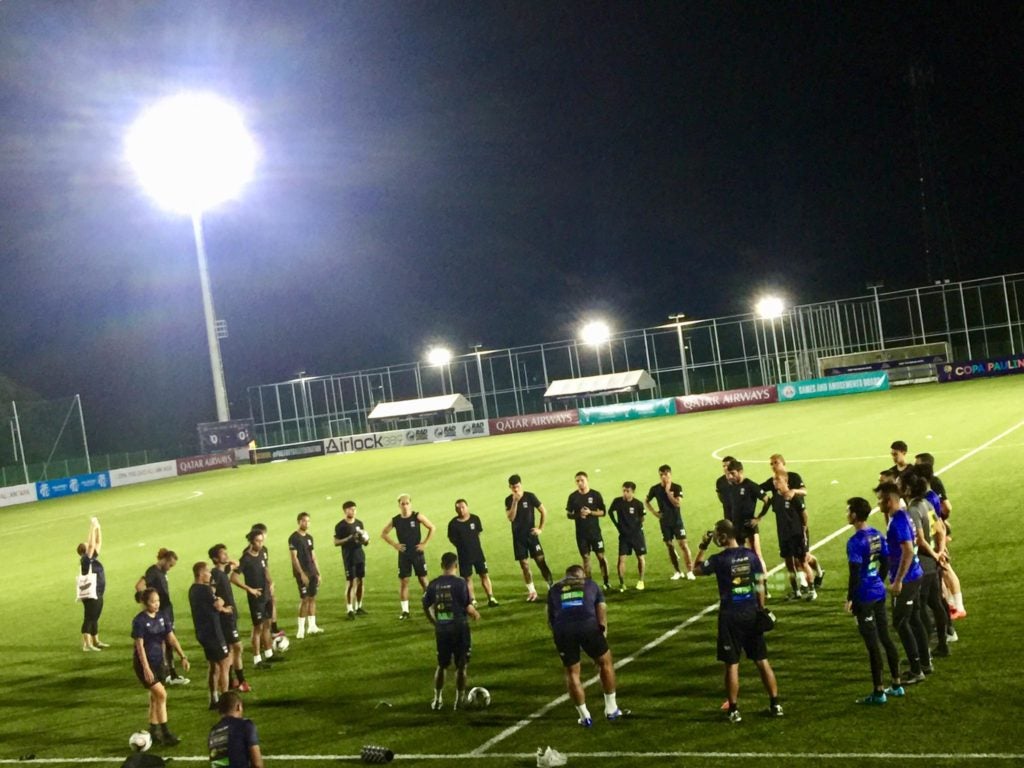 CFC during their practice in Laguna. | Contributed Photo

CFC will face Kaya in a crossover semifinals match scheduled at 8:15 pm.

“This is the real big test for our club, as to where we are now in terms of training,” said head coach Oliver ‘BingBing’ Colina, adding that it will also determine if the club will be ready for the league next year.

Cebu FC finished at the no.2 spot in Group A after losing to Stallion Laguna FC, 1-0, in its inaugural match.

Kaya, on the other hand, topped Group B with six points with wins over the Azkals Developmental Team and Mendiola FC.

“We made some adjustments in both defensive and attacking sides, and made some changes in the lineup,” said Colina about their preparation against Kaya.

The club also prepared their players mentally for Tuesday’s game, considering  that Kaya is the tournament’s toughest team to beat.

“Actually players’ mentality right now, they act as a big challenge and by playing Kaya FC, there is excitement in playing with the top club of the country. Although we have nothing to lose in this game, I believed the club can compete against them. This will be like a matured and experienced team vs the new-comer in the league,” said Colina.

One advantage they have against Kaya is Colina’s familiarity with the team’s roster and style of play on the pitch as he coached the club previously.

“I’m very excited to play with them. We want to give them a good fight,” said Corsame, who added that his familiarity with most of the Kaya players will be a big advantage for him and his teammates.

As for Villanueva, who played for Kaya right after college and spent three years playing for them, he finds it a bit strange going up against Kaya.