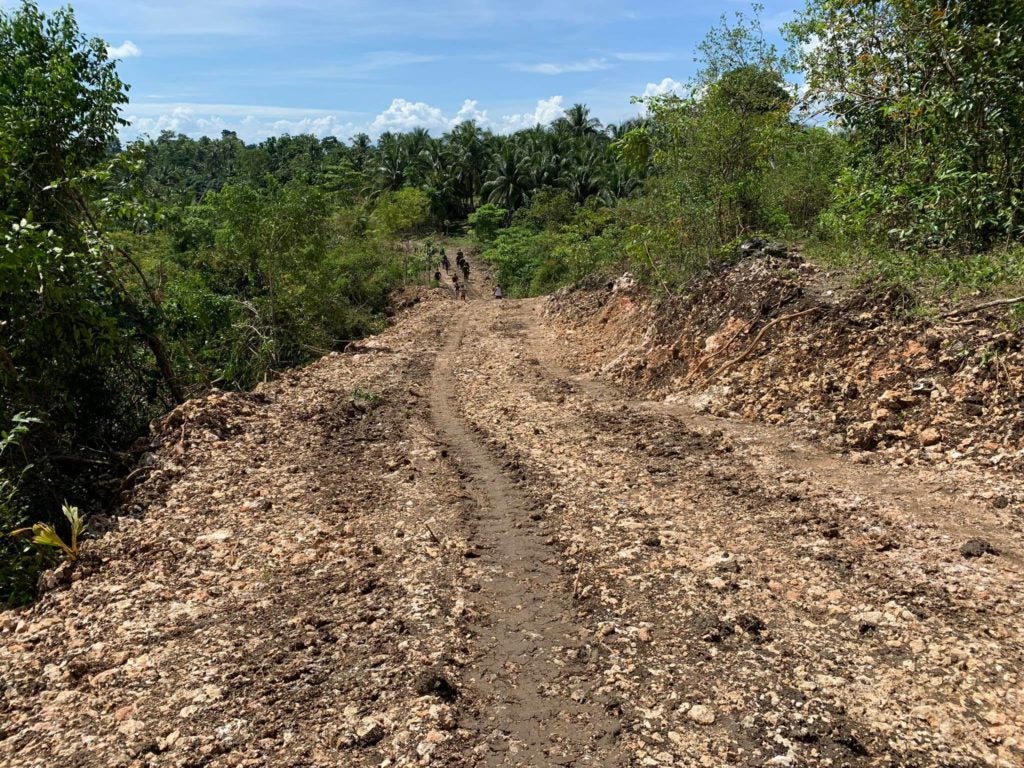 Construction for the 800-meter road connecting Barangays Cotcotan and Bulyogan, which has been opened today, November 18, 2021, has already started. Both barangays are estimated to be 5 to 7 kilometers away from the main road.

Major Abner Sparcia of the 53rd Engineer Brigade  of the Philippine Army said they had coordinated with the local government of Dumanjug, a town which is 78 kilometers southwest of Cebu City, on the road project.

The road construction linking Cotcoton and Bulyogan, which is a joint project of the Dumanjug town government and the Philippine military in Central Visayas, will be undertaken by the Philippine Army’s 53rd Brigade.

Laura Alviola, Dumanjug municipal administrator  said that this project had an initial budget of P10 million, which was still pending for finalization.

Alviola said that they would be expecting the the project to be completed next year.

She also said that the students from Cotcoton would have more access to transportation unlike the past years where they would have to walk at least 3 km before reaching Bulyogan, which had the only high school in the area.

Nelson Mirafuentes, 48, a resident of Barangay Cotcotan for 21 years already, said that having access to this road would be favorable for their children, especially those who were enrolled in high school.

(In times of flooding or during heavy rains, it is very difficult. Our students will be wet and will not be well when they reach the school.)

Aside from the convenience of the students in Barangay Cotcoton in going to school in Barangay Bulyogan, the road project will also benefit both barangays with the road providing easier access to farmers bringing their produce to the municipal market.

Paciana Laub, Cotcoton barangay captain, expressed gratitude over this development considering that agricultural crops and livestock from their barangay would soon be easily transported to the municipality’s market.

Laub said this would help sustain the livelihood of farmers, which would support their daily needs.

Bulyogan’s barangay councilor, Gregorio Demol, said that the road would also be of huge help, especially during accidents and emergencies. Comparing the previous years, Demol said that if there is an emergency in their area, they need to walk and take the ill person, for instance, on their own.

(We need to walk, that is what we do when we have relatives here who died and were needed to be transferred. We sacrifice ourselves if ever we have emergencies with our relatives. Today, we are very thankful for this big change. It will no longer be difficult since we now have a road that we can access. The past few years, we just walk [from here to the main road].)

Here are some photos that were taken during the official opening of the road connecting barangays Cotcoton and Bulyogan in Dumanjug town. 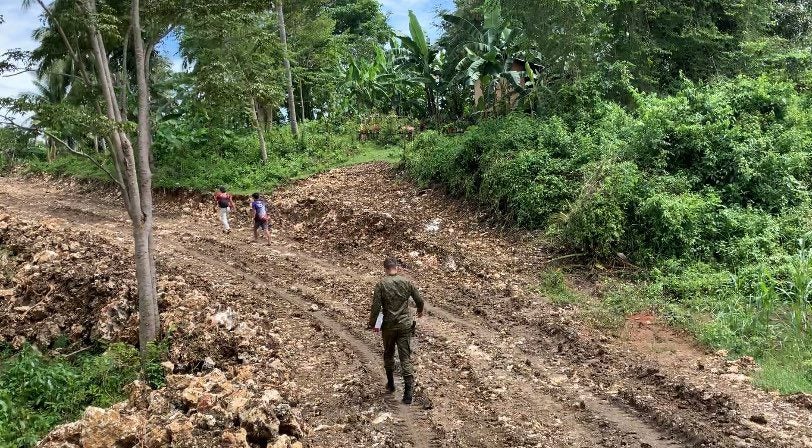 The 53rd Engineer Brigade of the Philippine Army will be in charge of constructing this new road connecting two mountain barangays in Dumanjug town. | Pegeen Maisie Sararaña 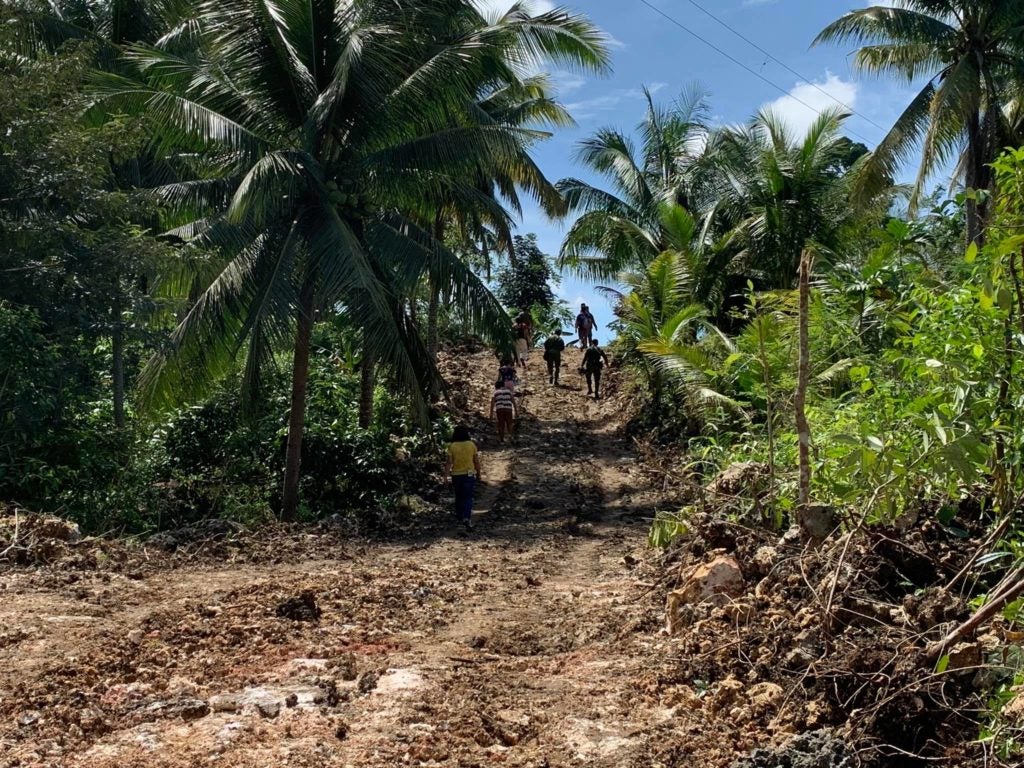 The newly opened road linking Barangay Cotcoton and Bulyogan in Dumanjug is expected to be completed by next year. | Pegeen Maisie Sararaña 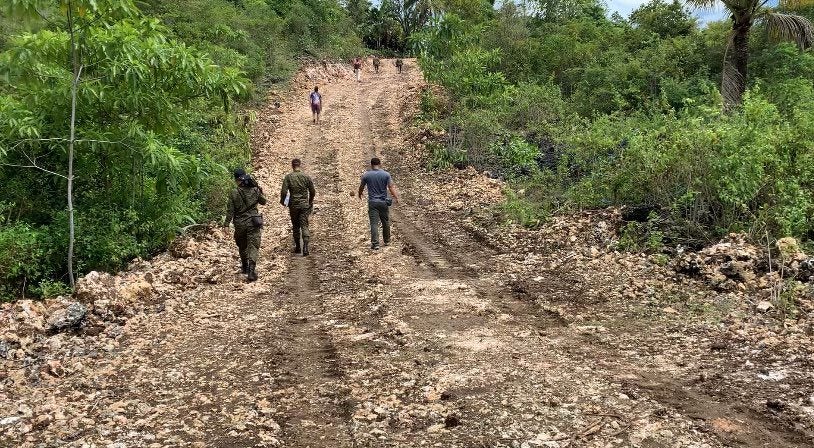 The new road when completed will provide easier access of farmers in the two mountain barangays to the Dumanjug municipal market, where they sell their livestock and produce. | Pegeen Maisie Sararaña 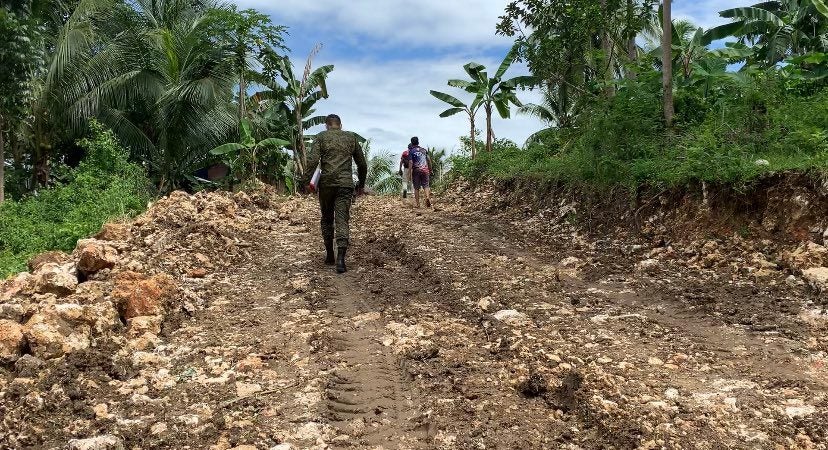 The 800-meter road connecting Barangays Cotcoton and Bulyogan in Dumanjug town will benefit students of Barangay Cotcoton, who can now have easier access to their high school in Barangay Bulyogan. | Pegeen Maisie Sararaña 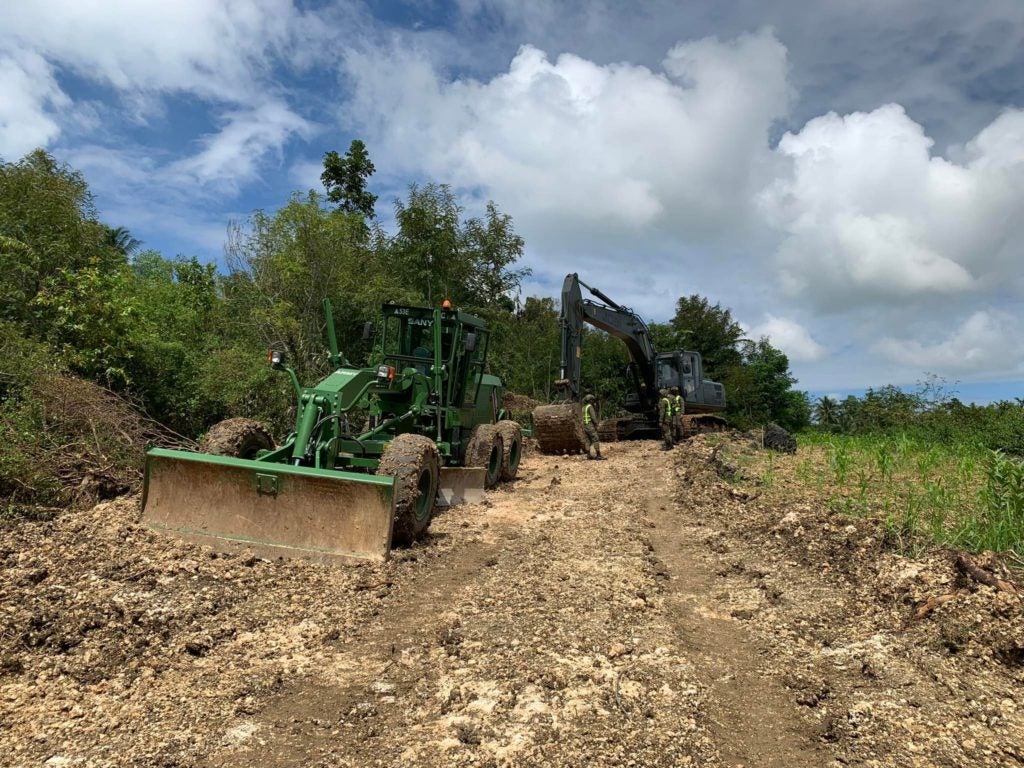 WATCH: Paciana Luab, Cotcoton barangay captain, on the opening of the new road in the area