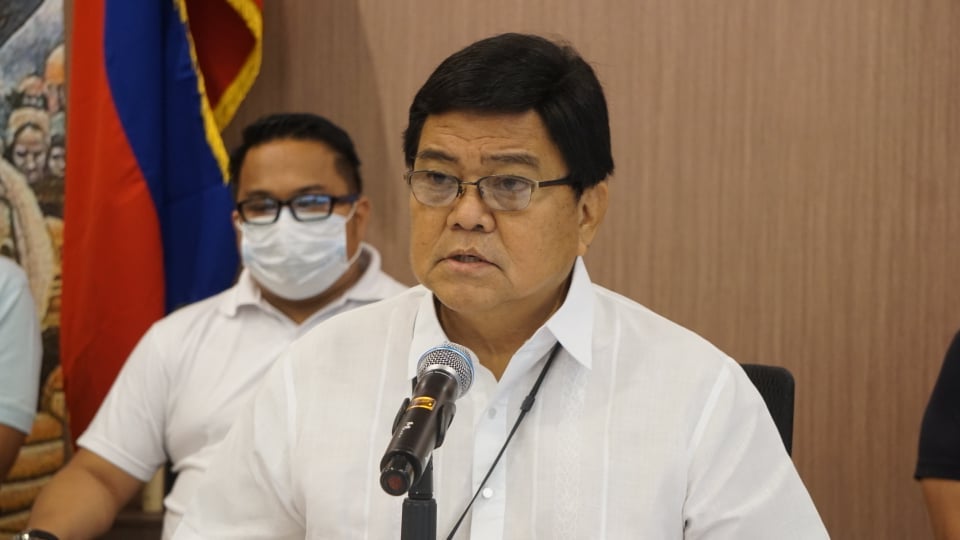 Jaypee, who is running for Cebu City Councilor in the North District in the 2022 National Elections, said his father died of septic shock secondary to pneumonia at 4 am on Friday.

“We mourn the loss of the Mayor who, throughout his years in government service, kept close to his heart the people he served,” Jaypee said in a press conference on Friday morning at the Cebu City Hall.

Jaypee said a public viewing is planned for his father at the Cebu City Hall aside from a wake at the Cosmopolitan Funeral Homes in Barangay Lahug. The younger Labella, though, said that the schedule of the wake and the public viewing has yet to be finalized.

“Mayor Labella, who served the city untiringly at the height of the pandemic until conditions improved, lost the battle he waged. he had initially been managing his illness well when the lockdowns compromised his situation,” Jaypee said.

It can be recalled Mayor Labella first took a three-day medical leave in January 2021 for an ear infection.

Then he also took another three-day medical leave on May 31 after he was hospitalized for “slight pneumonia.”

Labella  again took another three-week medical leave to recover from sepsis, or blood infection, last June 9, and another three-day leave due to persistent cough in July 14.

He then extended his leave until August 18. Another leave he took was from September 2 to September 7. He came back to work on September 8, but he had to stay at home.

Labella took another leave from September 20 to October 7, but no specific medical condition was disclosed.

On October 8, Labella took an indefinite leave, the day he was supposed to return to work, as advised by the doctors for him to rest longer and avoid stress.

Jaypee expressed gratitude towards a private hospital in Cebu City that helped take care of the mayor and another hospital where he the mayor spent his last days.

“Deep thanks is likewise extended to Mayor’s supporters, caregivers, and his colleagues in government for the kindness and tact shown him when his health rapidly declined,” said the younger Labella.

Jaypee also disclosed that the family was with the mayor during his last moments, but he refused to give any statement as to what their last conversation was about.

But being a mayor, Jaypee said there were times when his father was worried about what was going on in the city.

Rama is also on a two-week leave, leaving the city in the hands of Councilor Dondon Hontiveros.

But Hontiveros said Rama might cut short his two-week vacation leave with the passing of Labella.