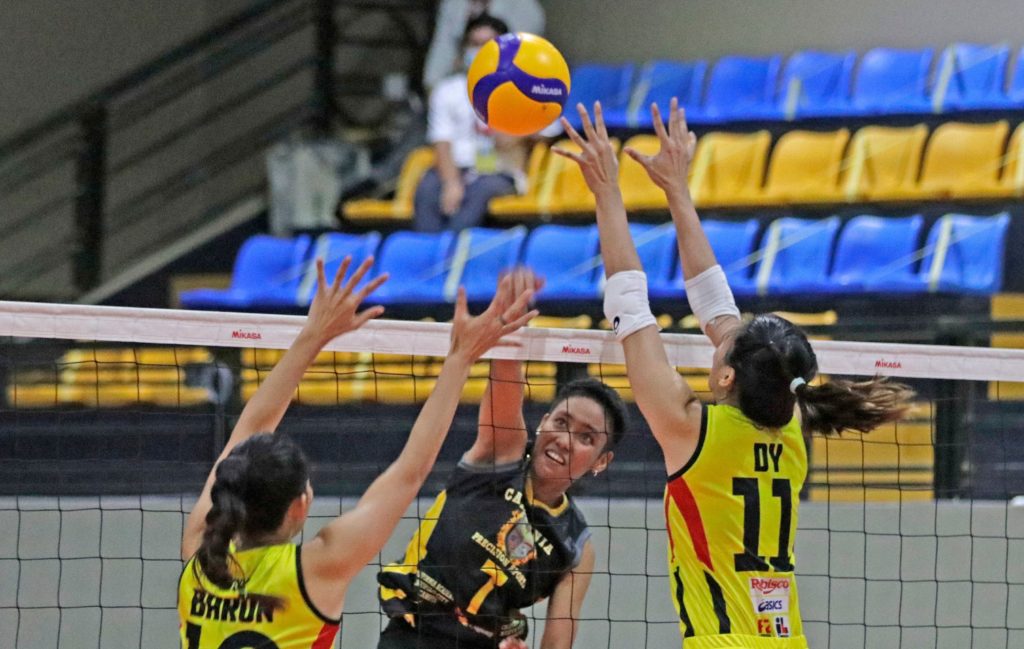 Cargo Movers coach Ramil de Jesus acknowledged the vigor and potential of their young opponents in their club tournament debut.

(We were surprised because it is seldom that you see those kind of moves from high school players. The level of play that they showed was very high so we needed to match this and we surpassed the moves of our opponents.)

F2, a multiple-time PSL champion was tested by the Antipolo City-based CPS, which has an average age of volleyball players at 16 years old, in the first set before pressing hard on the pedal in the next two to prevail.

Kalei Mau led the Cargo Movers with 13 points and was all praises for CPS.

“Awesome. I think they have bright future. I really thank them for coming out and giving their best because it actually helped bring us out of our two-year hiatus,” said Mau who played for the Philippine Women’s Volleyball Team in the recent AVC Volleyball Championships in Thailand in October.

“They really put up some situations that we really have to come together as a team and be F2.”

CPS captain Kizzie Madriaga vowed to play at a high level against their experienced foes in the bubble.

(We will give our all because we will lose nothing if we do it.)

“Especially po professionals ang kalaban namin. It has been an honor for us to play against them, F2.”

(Especially since our foes are professionals. It has been an honor for us to play against them, F2)

The other national team mainstays besides Mau at F2—Aby Maraño, Majoy Baron and Kim Kianna Dy—also finished in double figures.

Maraño and Baron each had 11 points with Baron scoring four blocks, while Dy had three blocks for a 10-point outing.

F2 will next face Baguio City at 1:30 p.m. on Sunday in the tournament.