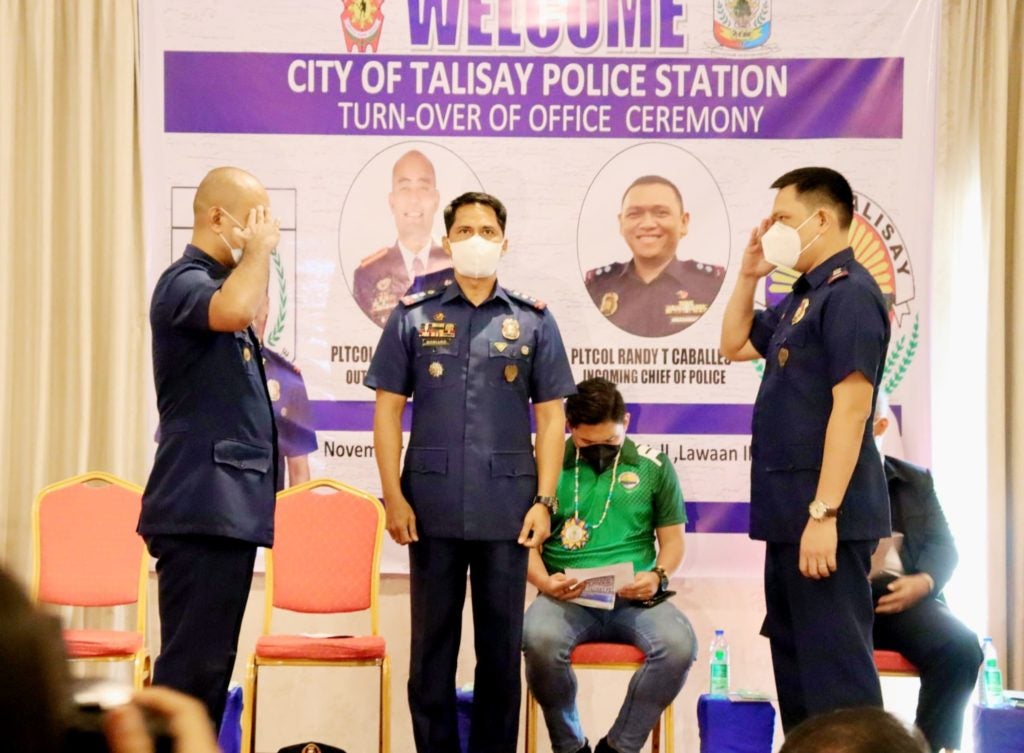 CEBU CITY, Philippines — Talisay City’s success in its drive against illegal drugs has been considered as one of the ‘proof’ of the effectiveness of the campaign of the Provincial Police.

Caballes, the former chief of the Cebu City Police Office Intelligence Unit, was installed chief of the Talisay City Police Station on Monday, November 22, 2021. He replaces Police Lieutenant Colonel Gerard Pelare, who completed his two years assignment since he was assigned in the city last October 2019.

During Pelare’s term of duty, the city has also declared at least two barangays as drug cleared. Also, various groups of barangay defenders were also created, which served as the extended force of the policemen there in conducting night patrols.

Caballes has served as chief of CCPO-CIU for two years who also received the award as the Best Junior Police Commissioned Officer for Operations in CCPO.

As for the upcoming election period, Caballes said that security preparations have also been readied to secure safe and fair elections in the city.

Caballes officially assumed his post on Monday, November 22, during the turnover ceremony held at the Talisay City Hall.