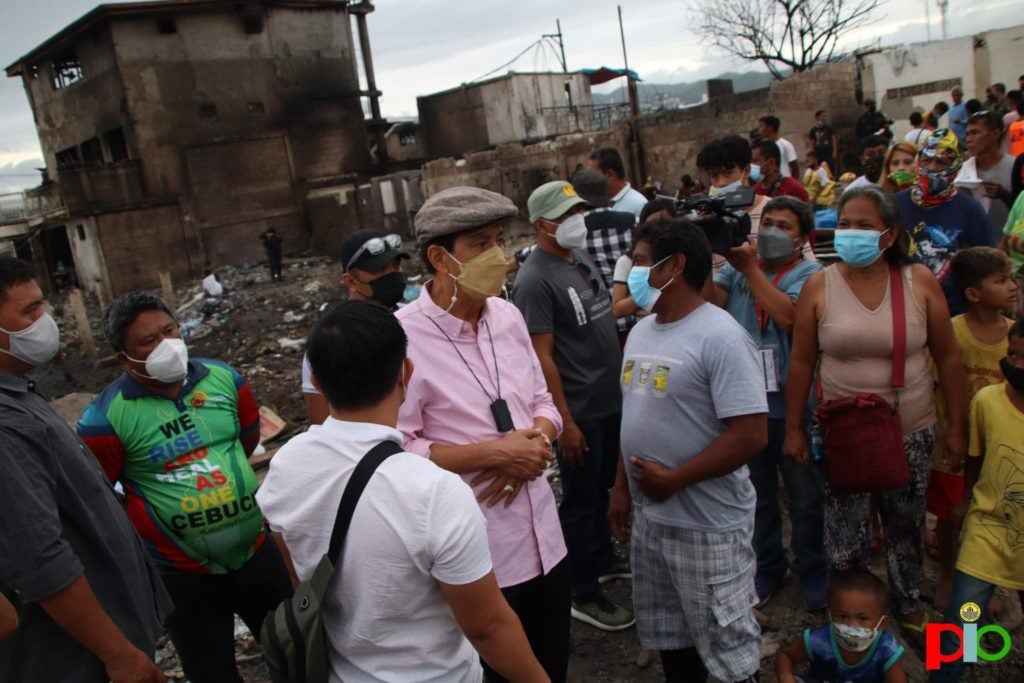 CEBU CITY, Philippines — The 1,013 families in Sitio Lawis in Barangay Mambaling, who lost their homes to a recent fire, are now be a step closer to standing back up after the tragedy.

The Cebu City government released on Friday, December 3, the cash aid for the affected families.

Allocation for the cash aid was taken from the city’s disaster funds.

The City Social Welfare and Services Office (CSWDO) facilitated the distribution of the cash aid to 568 homeowners and 445 renters in an activity that was attended by Mayor Michael Rama.

Rama earlier made a promise to facilitate the release of the cash is within a period of three after the fire hit on November 26.

He asked members of the City Council to convene for a special session and declare Sitio Lawis under a state of calamity that will serve as basis for the allocation of calamity funds for the affected families.

But it took a week before cash aid was actually released to the fire victims because of the need to prepare the payroll that will serve as guide in the release of the assistance.

Meanwhile, Mayor Rama explained to Lawis residents the need to adopt reblocking at the fire site.

He also gave the assurance that no one will be displaced.

Rama added that there was also a need to improve the sitio’s coastal areas so that this will no longer be considered a disaster hazard.

Over 5,000 individuals were affected by the fire in Sitio Lawis. Most of them are now accommodated at the Alaska Mambaling Elementary School.

READ: Fire investigators look at arson as cause of Mambaling fire