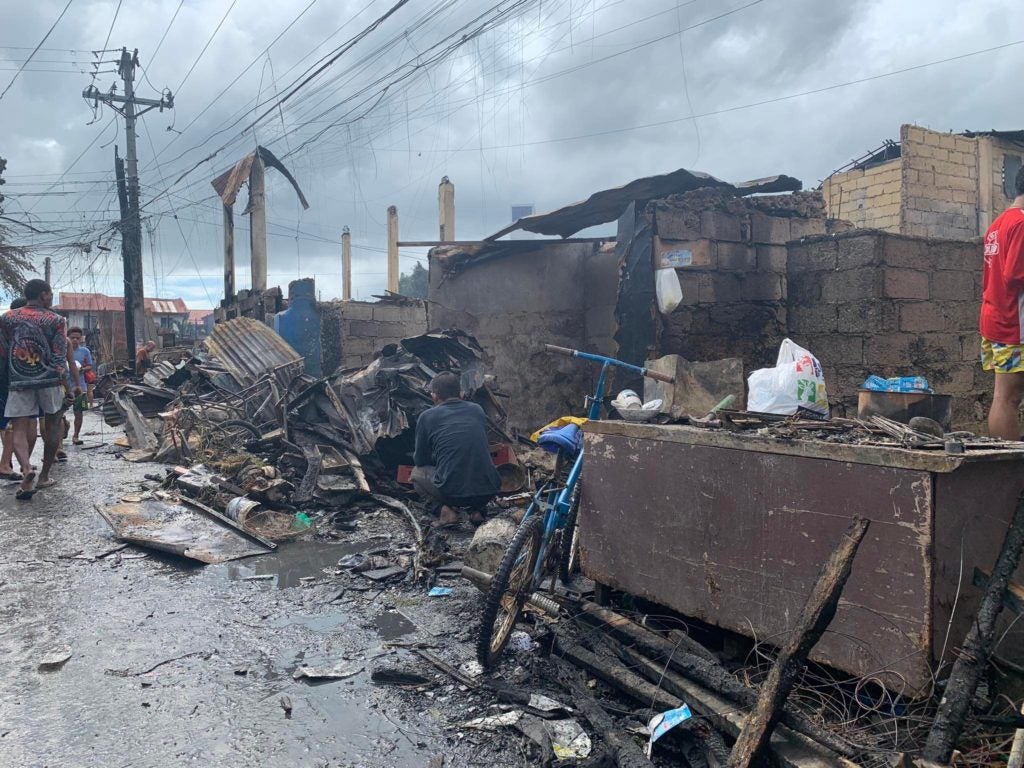 Residents try to save items that they could still sell from their burnt homes in Sitio Lawis in Barangay Mambaling, Cebu City. | CDND Photo

CEBU CITY, Philippines – Police now has custody of a man who is blamed for the fire that burned around 300 homes in Sitio Lawis in Barangay Mambaling, Cebu City on Friday, November 26.

The 39-year-old suspect, who is also an ex-convict and a drug user, is now admitted to a hospital for the treatment of a bullet wound on his right torso and lacerations on his head and face after he was reportedly mauled by angry residents.

Fire Officer 2 (FO2) Fulbert Navarro of the Cebu City Fire Department said they are yet to determine what actually caused the fire.  But with the arrest of the suspected arsonist, Navarro said, their investigation will now be focused on the possibility that the fire that displaced over 3, 000 individuals was done on purpose.

Navarro said he will soon be visiting the suspect, who is renting a room in Sitio Lawis, to also get his side.  But he wanted to give him time to recover from his injuries which is also causing his speech difficulty.

Quoting the outcome of their initial investigation, Navarro said, a commotion was reported at the residence of a certain Marlyn Sitoy, the suspect’s landlady.

He said the suspect allegedly threw a lighted butane stove at Sitoy’s home and prevented neighbors from trying to put out the flame.

Navarro said the suspect was alleged armed with a KG9 machine gun and threatened to shoot whoever would come near.

He said that a brother tried to help the suspect escape but he was tailed by angry residents.  Exchange of gun bursts were also heard near the barangay’s coastal area, where the suspect was later on found by the police.

Navarro said he will be coordinating with the Mambaling Police Station in their ongoing investigation of the fire incident.

But fire investigators will be the ones to file a complaint for arson against the suspect as soon as he is released from the hospital.

Jonathan lnoc, a non uniformed personnel assigned at the Mambaling Police Station, said the Special Weapons and Tactics (SWAT) of the Cebu City Police Office (CCPO) has a blotter entry on the suspect’s arrest Friday night.  But they continue to look into his background.