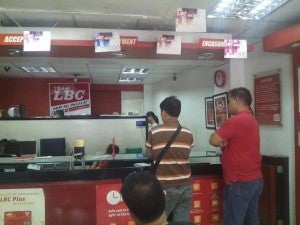 Rama asked the City Legal Office to look into a possible temporary closure of the LBC branches in Cebu City until such time they can work on their security measures.

Cebu City has an ordinance requiring all new business establishments to install closed-circuit-television (CCTV) cameras to document possible crimes that may happen within their premises and surrender these feeds to authorities to hasten the identification of perpetrators.

But according to Councilor Sisinio Andales, the author of the CCTV ordinance which was passed January of this year, LBC can’t be held liable of the ordinance because it only applies to new establishments operating after the ordinance was passed.

In the past robberies, it was noted that the LBC branches robbed had defective CCTV cameras. Seven LBC outlets in Cebu have been robbed.