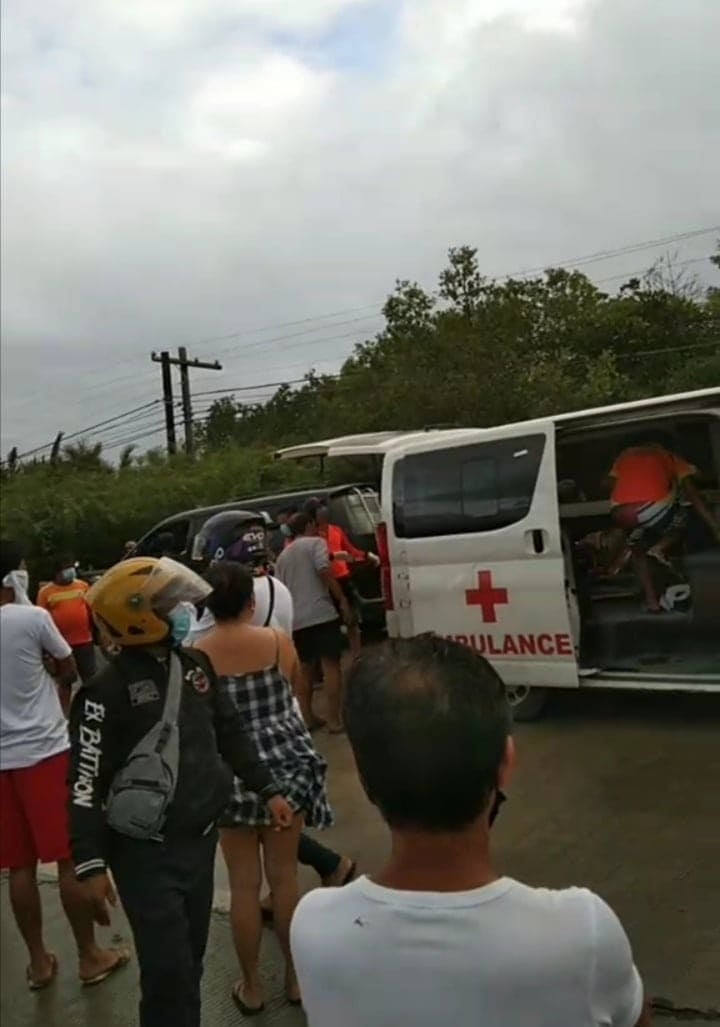 Rescuers attend to victims of the road accident in Carmen town. | Contributed photo

CEBU CITY, Philippines – Two persons were killed while another was injured in an accident that happened along the national highway in Barangay Dawis Norte in Carmen town early on Wednesday morning.

The fatalities were identified as Daniel Enoy, 52, and Ma. Elizabeth Guinita, 73.  The injured passenger was identified as a certain Thelma.

All three victims  were on a tricycle when the accident happened at about 6:50 a.m. on Wednesday, December 8.

In a report, Police Lieutenant Jose Dante Talandron said Enoy, the tricycle driver, was travelling on the highway’s northbound lane.  He had Guinita for a backrider while Thelma was on the sidecar of his tricycle.

Talandron said that Enoy’s tricycle was hit by a southbound passenger bus after he made a left turn on the highway.

Because of the impact, Enoy and Guinita were thrown from the motorcycle and landed on the concrete pavement which caused their immediate death.

Thelma, on the other hand, was also brought to the hospital for the treatment of her injuries.

Talandron said they have taken custody of bus driver Ajie Petalvero, 43 and a native of Romblon, pending investigation of the incident. / dcb

Read Next
Capitol revenue at P4.3B as of October