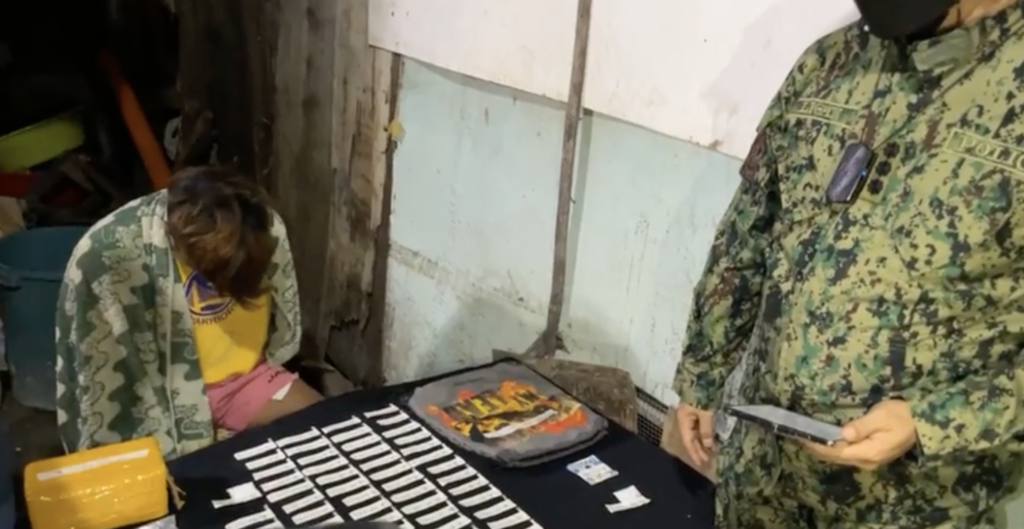 Lyndon Acruz Bariñan, 22, from Brgy. Mambaling was arrested in a buy-bust in the same barangay on December 8, 2021. | Photo from PCol. Josefino Ligan FB Video

Both operations occurred in one sitio (sub-village), Sitio Puntod, albeit separately.

Confiscated from Bariñan were at least 70 small plastic packs, one large and one medium plastic packs, all containing white crystalline substance believed to be shabu.

The seized drugs weighed approximately 1.02 kilograms, with an estimated value of P6.9 million.

More than an hour later, operatives nabbed another suspect, identified as Marcelina Villacorta Galang, within the same area.

Galang’s arrest yielded one medium-sized plastic pack containing around 1.03 kilograms of shabu with a street value of P7 million.