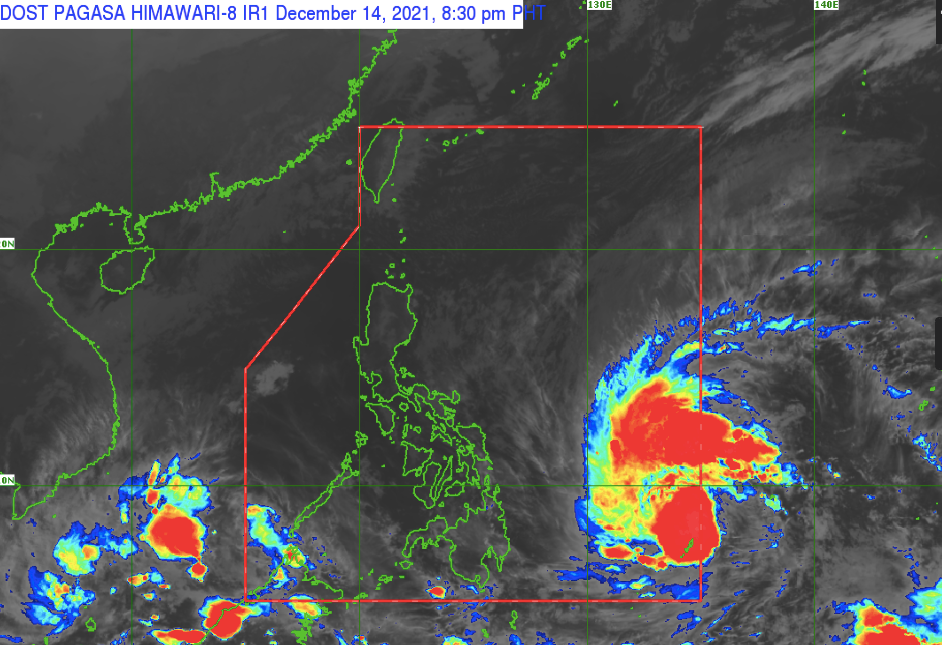 A satellite image of the position of Severe Tropical Storm Rai (local name Odette) as of 8:30 pm of Tuesday, December 15, 2021. | Image from pagasa.dost.gov.ph

LAPU-LAPU CITY, Cebu—The Lapu-Lapu City Council has placed the city in “State of Preparedness,” in preparation for severe tropical storm Odette (International name Rai), which has already entered the Philippine Area of Responsibility (PAR) at around 7 p.m. on Tuesday, December 14, 2021.

The resolution in declaring the state of preparedness was approved through a mass motion.

Nagiel Bañacia, head of the Lapu-Lapu City Disaster Risk Reduction and Management Office (DRRMO), said that this move is important as it gives the city access to its quick response fund.

Bañacia said that currently, the city has a quick response fund of around P7 million.

He also said that since Friday, December 10, 2021, they have already sent food packs to barangays in Olango Island, especially the islet barangays of Caubian, Caohagan, and Pangan-an.

Those who don’t have any relatives will be placed at  evacuation centers that they prepared.

Bañacia urged families living in coastal areas to impose voluntary evacuation as early as Tuesday evening before the storm   affects the city, particularly barangay Caubian, which they predict will be badly affected by the severe tropical storm.

He said that on Tuesday morning, he already received a report that around 20 individuals from the islet barangay have already been evacuated to the mainland and were temporarily staying with their relatives.

READ MORE: Pagasa: Eastern Visayas may be placed under Signal No.1 as early as Wednesday