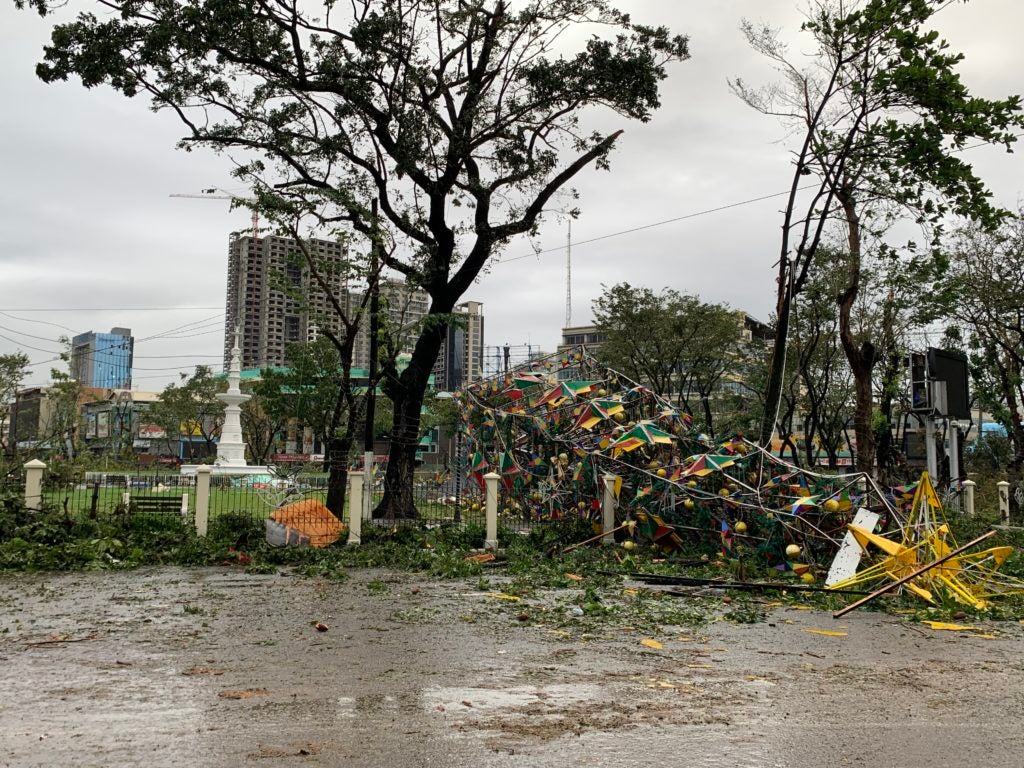 The giant Christmas tree at the Fuente Rotunda in uptown Cebu City is simply no match to the wrath of super typhoon Odette. The strongest typhoon to hit Cebu in years has also left 13 people dead as of the last count.     CDN Digital photo  | Brian Ochoa

Councilor David Tumulak said some of the bodies were found after the clearing operations, which is why the numbers rose after two days.

Only seven confirmed deaths were reported on December 17, 2021, the morning after the typhoon, but five more were found shortly after.

Many of them died inside their homes after getting hit with falling roofs, walls, and debris.

The deaths include a father and a son in Barangay Tisa, Renato, and Derrick Flordeliz, who died inside their home.

The names of confirmed deaths include:

The City Council approved on December 18 the Annual Investment Plan for a P1 billion Supplemental Budget for typhoon response.

Councilor Raymond Garcia, the chairperson for budget and finance said the budget should be officially approved by Monday, December 20.

The budget should be allocated for typhoon response, he said.     /rcg