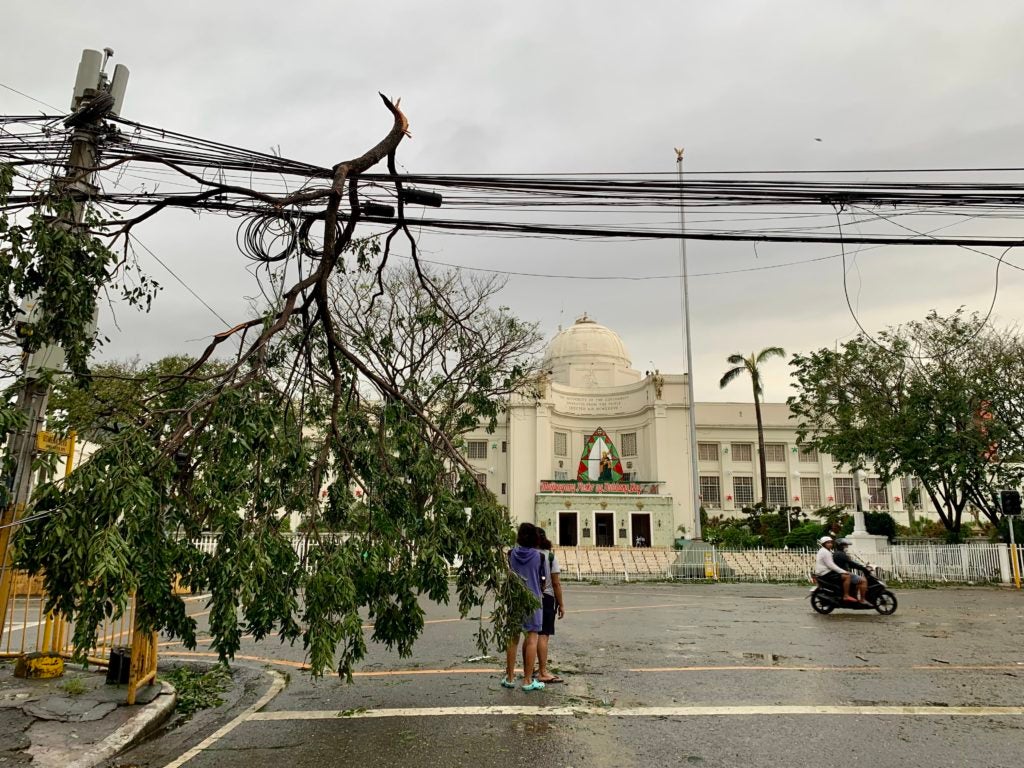 A branch of a tree hangs on a wire in front the Cebu Provincial Capitol on Friday, December 17, 2021, a day after typhoon Odette wreaked havoc in Cebu. CDN Digital photo | Brian J. Ochoa

CEBU CITY, Philippines – As of Monday afternoon, December 20, the total number of deaths due to Typhoon Odette (international name: Rai) in the entire Cebu have reached 76.

This was after Gov. Gwendolyn Garcia, in a press conference, confirmed that they recorded 13 more fatalities from Alcoy town in southeastern Cebu.

Garcia said the victims were swept away by rushing floodwater during the onslaught of Odette.

She added that authorities, later on, discovered that the families were residing on a natural waterway.

“Because the families, they lived in an area that was a long, dried-out creek. Wala nang tubig noon for many, many years and because of the typhoon biglang tumaas yung tubig,” said Garcia.

(Because the families, they lived in an area that was a long, dried-out creek. The creek had no water and had already dried up for many, many years and because of the typhoon the water from dried up creek suddenly rose.)

Alcoy is a 5th-class municipality located approximately 102 kilometers southeast of Cebu City with a population of roughly 19,100.

It was one of the areas badly hit by Odette. It is situated 65 kilometers south of Carcar City where the eye of the typhoon passed by last Thursday evening, December 16.

Cebu province is currently under a state of calamity due to the crisis spawned by Odette.

UPDATE: Death toll in entire Cebu rises to 76 due to #OdettePH